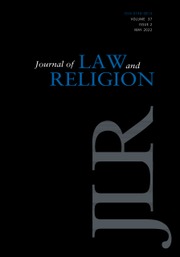 Essay Roundtable: An Exchange of Essays with Political Theology