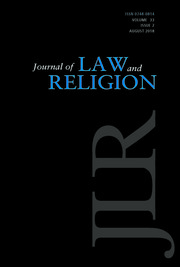 Symposium: The Bureaucratization of Religion in Southeast Asia