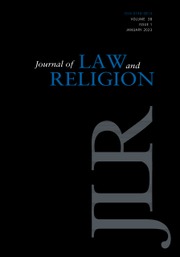 This essay considers the vexed relationship between belonging and identity. Belonging is not an objective or unreflective association but rather an emotional assertion of attachment. That emotional connection is an indispensable component of identity, which, as Joseph David argues in Kinship, Law and Politics: An Anatomy of Belonging, is a relationship charged with meaning. Accordingly, the distinction between belonging as a privately held sentiment and the politics of belonging overlooks the fact that the emotions associated with belonging define group membership. Belonging is not a private matter but an emotional relationship that shapes social life, reinforces a group’s identity politics, and finds expression in a group’s practices. Analysis of two case studies from ancient Judaism—the writings of Philo of Alexandria and the sectarian Dead Sea Scrolls—demonstrates the emotional, social, and discursive dimensions of belonging and the role it plays in producing identity. Belonging is not a stable concept but is rather one that assumes different forms depending on the emotional orientation of the group and the particulars of identity politics. For Philo, belonging reflects a universalistic love for all humanity that helps shape an identity embracing Jewish practice and Greek virtue. By contrast, the Dead Sea sect’s antipathy toward all other Jews requires that a sense of belonging express not only love for fellow sectarians but also hate for all outsiders.

Copyright
© The Author(s), 2022. Published by Cambridge University Press on behalf of the Center for the Study of Law and Religion at Emory University

1 On the dialectic “being–longing,” see David’s discussion at page 4.

10 Rosaldo, Michelle, “Towards an Anthropology of Self and Feeling,” in Culture Theory: Essays on Mind, Self, and Emotion, ed. Shweder, Richard A. and LeVine, Robert A. (Cambridge: Cambridge University Press, 1984), 137–57, at 143.Google Scholar

12 On the performative dimension of emotion, see Monique Scheer, “Are Emotions a Kind of Practice (and Is That What Makes Them Have a History)? A Bourdieuian Approach to Understanding Emotions,” History and Theory 51, no. 2 (2012): 193–220. On emotional scripts, see Arlie R. Hochschild, The Managed Heart: Commercialization of Human Feeling, 3rd ed. (Berkeley: University of California Press, 2012).

16 For the idea that belonging is performed or displayed—an approach that views belonging as dynamic rather than static—see Bell, Vikki, “Performativity and Belonging: An Introduction,” Theory, Culture & Society 16, no. 2 (1999): 1–10 CrossRefGoogle Scholar, and the articles published in that issue of the journal.

18 On the ancient Jewish diaspora, see John M. G. Barclay, Jews in the Mediterranean Diaspora: From Alexander to Trajan (323 BCE–117 CE) (Edinburgh: T&T Clark, 1996). For the study of later diasporas in the context of belonging, see Dalia Abdelhandy, “Representing the Homeland: Lebanese Diasporic Notions of Home and Return in a Global Context,” Cultural Dynamics 20, no. 1 (2008): 53–72; Thiranagama, Sharika, “Moving On? Generating Homes in the Future for Displaced Northern Muslims in Sri Lanka,” in Ghosts of Memory: Essays on Remembrance and Relatedness, ed. Carsten, Janet (Malden: Blackwell, 2007), 126–49.CrossRefGoogle Scholar

20 See Schäfer, Judeophobia, 15–33. On the association in Greek and Latin literature between a peoples’ laws and their character and its bearing on attitudes toward Jews, see Mason, Steve, “Essenes and Lurking Spartans in Josephus’ Judean War: From Story to History,” in Making History: Josephus and Historical Method, ed. Rodgers, Zuleika (Leiden: Brill, 2007), 219–61, at 223–25.Google Scholar

26 Philo refers to philanthropia as a virtue. Philo, On the Virtues, trans. F. H. Colson, Loeb Classical Library (Cambridge, MA: Harvard University Press, 1939), 8:195 (51). (For the specialist reader or those accessing Philo’s works in different translations from those I use here, I include in parentheses the standard reference by book and/or section.) As David Konstan writes, by that time, philanthropia was “a virtue term in Hellenistic literature.” David Konstan, “Philo’s De virtutibus in the Perspective of Classical Greek Philosophy,” Studia Philonica Annual 18 (2006): 59–72, at 66. The Roman ideal of clementia, an ethic of humaneness with which philanthropia shared much in common, was listed among the emperor’s cardinal virtues beginning in 27 BCE; see Melissa Barden Dowling, Clemency and Cruelty in the Roman World (Ann Arbor: University of Michigan Press, 2006), 76–125.

34 On the concept of emotional practice, see Mermelstein, Power and Emotion in Ancient Judaism, 221–57.

36 My translations are based on that of Sarianna Metso, The Community Rule: A Critical Edition with Translation (Atlanta: SBL Press, 2019). References to 1QS are provided in parentheticals.

37 My use of the masculine pronoun throughout this article reflects the scholarly view that the community associated with 1QS was a group of celibate men. For a survey of the issue and discussion of the possibility that the sect also included women, see Ilan, Tal, “Women in Qumran and the Dead Sea Scrolls,” in The Oxford Handbook of the Dead Sea Scrolls, ed. Lim, Timothy H. and Collins, John J. (Oxford: Oxford University Press, 2010), 123–47, at 123–26Google Scholar.

38 The language of the blessing itself recycles a number of words from the first ten lines of column 1. See Mermelstein, Power and Emotion in Ancient Judaism, 235n45.