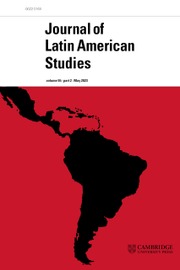 The Production of Autonomy: Leadership and Community in Mayan Guatemala

The Mayan Indians of Guatemala share the burdens of local government by taking on a set of public duties, thereby maintaining community cohesion as well as political autonomy. This article analyses recent changes in this cargo system in a context defined by development, new representations of ‘Mayanness’, and multicultural politics. It shows how sovereignty – grounded in a distinct philosophy of leadership that generates meaningful self-rule – is crucial in facilitating political transformation towards more democratic arrangements at the cost of rule by the elders.

1 The ‘auxiliary’ mayors were renamed ‘communitarian’ mayors in the latest (2002) law on municipalities.

2 This article is based on fieldwork in Totonicapán in 2000 and shorter visits in 1999, 2001, 2002 and 2003. The communal mayors and the leaders of their joint organisation, the Alcaldía Indígena (Indigenous Mayoralty), have been my main informants. All are well-known people in Totonicapán and I have therefore decided not to keep their names anonymous.

19 The term is from Peter Hervig, Mayan People Within and Beyond Boundaries: Social Categories and Lived Identity in Yucatán (New York: Routledge, 2003).

25 Interviews with municipal mayors from the 1980s also indicate that the curtailing of the elders' power was a conscious policy, thought of as necessary for bringing development to Totonicapán.

27 Usually referred to in K'iche' as patan, but as this concept is reserved for religious activities in Totonicapán, the word k'axk'ol or ‘pain’ is used instead.

28 Before the Spanish invasion, the great forests of Totonicapán were clan territories which the colonisers referred to as parcialidades. During the colony, the Spanish ‘reordered’ parts of these lands into ejidos – that is, communal land. In this way the bulk of the forest came to be known as ‘the communal forest of Totonicapán’, whereas the rest remained in the hands of the various clans or cantons. When the ejidos were privatised in the 1890s, the indigenous leaders in Totonicapán formed the Association of the Five Parcialidades to ‘defend’ the main forest area (an area that today is a municipal park and from which the town and the centrally located cantons, without direct access to the forest, receive their water). The remaining approximately 20 canton-based parcialidades have turned into communal holdings – that is, all residents are owners – or ownership has remained restricted to one or a few descent groups only, or, in yet other cases, the forest has been divided into private lots. At a meeting with the authorities in Chotacaj – which is a good example of a parcialidad turned into communal property – the people present reasoned that in the 1950s the elders realised that residence-based ownership would be the best way to defend the area, whereas in Juchanep the same pressures resulted in the opposite strategy: the leaders of the families that now consider themselves condueños restricted membership to their own households. See Romeo Tíu López and Pedro García Hierro, Los bosques comunales de Totonicapán: historia, situación jurídica y derechos individuales (Guatemala City: Flacso, Minugua, Contierra, 2002).

29 The real number of cantons is not 48, but 42 or less, depending on the criteria being used. The figure of 48 is of unknown origin, possibly referring to a total of 24 original K'iche'an ‘houses’ settling the area in the 1300s.

31 This dynamic is first described in Douglas Brintnalls's classic Revolt Against the Dead: The Modernization of a Mayan Community in the Highlands of Guatemala (New York: Gordon and Breach, 1979).

33 I visited San Bartolo several times in 2000 and 2003 and spoke with the mayor and other leaders. For Santa Lucía, see Dueholm Rasch, Representing Mayas, p. 270.

35 In 2000, Efraín Tzaquitzal worked as director of a vocational school, the Escuela Normal Rural de Occidente (Normal School for the Eastern Region, ENRO), and also as a development promoter with a local NGO. He thus combined the experience of teaching students with that of teaching adult illiterates in rural areas. He taught me basic K'iche' and was always helpful with insightful comments on language usage in Totonicapán.

36 The three concepts in question are discussed in many ethnographic works about the Maya, including Watanabe, Mayan Saints and Souls; Warren, The Symbolism of Subordination; Edward F. Fischer, Cultural Logics and Global Economies: Maya Identity in Thought and Practice (Austin, TX: University of Texas, 2001); and Pedro Pitarch, ‘The Labyrinth of Translation: A Tzeltal Version of the Universal Declaration of Human Rights’, in Pitarch, Speed and Leyva Solano (eds.), Human Rights in the Maya Region, pp. 91–121.

39 All over Mayan Guatemala, the visiting development agency officer will be proudly told by community leaders how locals did their share ‘with our lungs only’ (a puro pulmón), which means without access to Ladino machinery.

40 This argument is similar to the way Carlsen and Prechtel deduce a ‘guiding paradigm’ of different concepts of time and change (jalox, k'exoj) to explain the survival of ancient Mayan religious concepts in contemporary, ostensibly Catholic ritual. See Robert S. Carlsen, The War for the Heart and Soul of a Highland Maya Town (Austin, TX: University of Texas, 1997).

41 The CPD specialises in training leaders and administrators and is based in the regional capital of Quetzaltenango.

42 These topics were formulated by the CPD, but were clearly in line with the needs of the international donor, the Swedish aid agency Diakonia, to support ‘decentralisation’, ‘local power’ and ‘gender equality’. At the seminars, the president and board members of the Indigenous Mayoralty never made any reference to the fact that the seminars were paid for by Sweden and designed by an NGO from Quetzaltenango.

43 This NGO was Servicios Jurídicos y Sociales (Legal and Social Services, SERJUS), a large professional project consultancy service based in Guatemala City which, just like Diakonia, had ‘decentralisation’ and ‘local power’ high on its agenda during these years.

44 Tanya Korovkin makes a similar observation in relation to Ecuador, where Otavalo communities have been able to reinvent the communal tradition by ‘recreating their identity largely around issues of governance: building infrastructure, monitoring education, and punishing thieves’. She concludes that the ‘implicitly statist aspects’ of this ‘cultural experimentation … are often overlooked in studies on indigenous identity and civil society’. Korovkin, Tanya, ‘Reinventing the Communal Tradition: Indigenous Peoples, Civil Society, and Democratization in Andean Ecuador’, Latin American Research Review, 36: 3 (2001), pp. 37–67Google Scholar.

45 Alejandro Anaya Muñoz's comparison of the ‘politics of recognition’ in two different Mexican states illustrates the critical importance of this connection. In Oaxaca, 447 of the state's 570 municipalities are considered indigenous and each contains an average of 15 communities, thus presenting a situation quite similar to that in San Bartolo and Santa Lucía in Totonicapán. This has enabled communally based indigenous authorities to assume the operation of state services and simultaneously reproduce their own authority system because the electoral law of the state allows elections in accordance with ancestral custom (usos y costumbres). In Chiapas, state legislation also gives ‘autonomy’ to the ‘community’, but this and other pieces of legislation make no concrete references to electoral or other distinct practices. Moreover, in each of the 31 municipalities considered indigenous in Chiapas, the average number of communities is 112. Anaya Muñoz concludes that in Oaxaca, the ‘degree of legitimacy’ of the politics of recognition has been much higher because of ‘an important coincidence between the tangible and symbolic goods delivered’ by these politics. Alejandro Anaya Muñoz, ‘The Emergence and Development of the Politics of Recognition of Cultural Diversity and Indigenous People's Rights in Mexico: Chiapas and Oaxaca in Comparative Perspective’, Journal of Latin American Studies, 37: 3 (2005), pp. 585–610.

46 Incidentally, Pedro Ixchíu, who led the communal mayors in 2000, has since worked on a project establishing defensorías indígenas, free legal aid for indigenous people, as a permanent wing of the Instituto de la Defensa Pública Penal (IDPP), the country's free legal aid agency, as well as ‘enhancing respect for indigenous legal practices’ by inviting representatives from indigenous mayoralties and law courts to joint seminars. See www.idpp.gob.gt/Servicios/DefIndigena/IndexDefensoriaIndigena.aspx.

The Production of Autonomy: Leadership and Community in Mayan Guatemala
×

The Production of Autonomy: Leadership and Community in Mayan Guatemala
×

The Production of Autonomy: Leadership and Community in Mayan Guatemala
×
×