Journal of Agricultural and Applied Economics 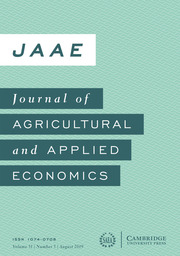