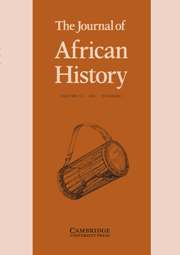 New Perspectives on the Slave Trade in West Africa