The Indian Ocean of Law: Hybridity and Space 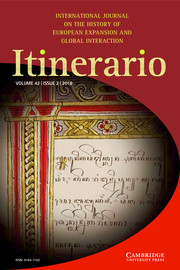