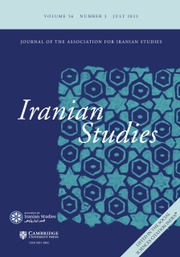 Babi‐bahais, Christians, and Jews in Iran

The Following Essay is Based on the Review of Entries in Encyclopaedia Iranica dealing with Armenians, Assyrians, Chaldeans, other Christian groups, Babis-Bahais, and Jews up to the letter D. There are 36 entries for Armenia and Armenians, 28 for the Assyrians and Christians, 45 for Babis and Bahais, and 20 for Jews. These include main headings as well as extensive subheadings.

The entries show the vastness and complexity of the religious and ethnic landscape of Iran beginning long before Islam. Each group demonstrates a unique character and reflects what is significant in its link to the Persian environment. In order to introduce the reader and to present an accurate picture of the articles and the contributors, the four categories are covered separately and some points of convergence are discussed at the end. Although every attempt is made to refer to as many entries as possible, not all entries could be included.

Babi‐bahais, Christians, and Jews in Iran
×

Babi‐bahais, Christians, and Jews in Iran
×

Babi‐bahais, Christians, and Jews in Iran
×
×