Alf Lüdtke passed away on 29 January 2019. Although he had been ill for a long time, his death came as a shock to many.

Alf was born on 18 October 1943 in Dresden, the East-German baroque city that was largely destroyed by British carpet bombing less than a year and a half later, in February 1945. In 1946, he fled with his mother to Leer, a much smaller town in Lower Saxony, near the Dutch border, where his father taught at the local grammar school. Alf resorted to sports (he was an avid rower), military service, and, from 1965, studying history and philosophy in Tübingen. In 1965, he met Helga Müller, whom he married three years later. A prolific librarian in her own right, she became Alf's loyal partner, supporting him until the end.

After their daughter was born in 1973, Alf combined his studies in Tübingen with life as a Hausmann (“house husband”), an occupation he listed on his job applications, after completing his MA in 1974. While this defiance of standard gender roles almost certainly alienated some selection committees, in 1975 he was appointed to the Max-Planck Institute (MPI) für Geschichte in Göttingen – an extra-university research institute, where he worked for more than thirty years. Alf had several extraordinarily inspiring colleagues at the MPI, among them Hans Medick, four years his senior, and Jürgen Schlumbohm and Peter Kriedte. These three scholars gained renown for their great work Industrialisierung vor der Industrialisierung (1977), which was published in several languages and instigated an international debate about “proto-industrialization”.

Together with Robert Berdahl, David W. Cohen, Hans Medick, David Sabean, and Gerald Sider, Alf founded an interdisciplinary group of historians and anthropologists, which met in a series of round tables in Göttingen, Paris, Bad Homburg, and Bellagio. Several volumes of papers were published from those meetings, including Klassen und Kultur and Interest and Emotion.Footnote 1

Whereas his close colleagues focused on Europe's early-modern past, Alf developed his own research programme. He elaborated his ideas in two vast and rather complex early essays, published in the Marxist journal Gesellschaft. Countering, among others, the Marxist-Leninist historiography of Reinhard Opitz and the structural “historical social science” of Hans-Ulrich Wehler, Alf argued in part that analysing National Socialism does not concern “linear-causally related ‘factors’” but involves a “manifold interconnection of separate processes” deriving from “the totality of life cohesion in society”. The Nazi regime was to be studied in the context of the Prussian past of feudal large landowners and state bureaucracy; “extra-economic violence through police discipline and preventive repression” merited special attention, as did the adaptation by broad groups of the population to the dictatorship. Alf rightly noted that popular ideologies are attitudinal syndromes (Einstellungssyndrome). They should be regarded primarily as “non-decisions”, i.e. as combinations of ideas held to be “self-evident”. The analysis of “traditional” relations is therefore crucial for understanding contemporary developments.Footnote 2

According to Alf, discerning social historians ultimately aimed to study the relationship between mode of production (Produktionsweise) and mode of life (Lebensweise).Footnote 3 He consistently advocated for treating the “proletarian” mode of life as a hybrid of “realized” (or, in any case, articulated) pursuits and interests and those “not yet” openly articulated, i.e. “not yet” legitimate. Not all actions should be qualified as serving a purpose – they might also embody their own intrinsic objective. “In research, this means that traces of suppressed needs may be revealed not only in manifestations of discontent, opposition and resistance.”Footnote 4 Both themes were, of course, closely intertwined. After all, domination, repression, accommodation, and “traces of suppressed needs” are, ultimately, a single complex.

Over the years, Alf expanded considerably on both elements of his research programme. He addressed the first theme in his PhD thesis of 1980. A revised version of this study was later published in English as Police and State in Prussia, 1815–1850. In this book, based on detailed daily Prussian police reports, Alf examined state repression as a combination of physical and symbolic actions, aimed at ensuring that the symbolic actions exerted so much influence on the subjects that, by functioning as “violence douce” [gentle force] (Pierre Bourdieu), they would render violent repression superfluous wherever possible.Footnote 5 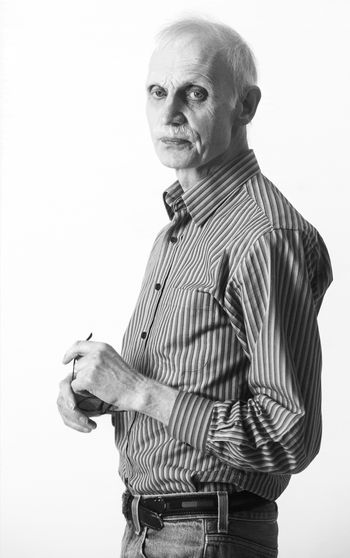 Alf elaborated the second element – the history of everyday life (Alltagsgeschichte), especially of factory workers – mainly in articles and essays.Footnote 6 The concept Eigensinn soon surfaced, a difficult notion denoting obstinacy and self-willed behaviour. Alf explained that he came up with this term while reading a late-eighteenth century treatise on peasants and their relationship with landlords and governments.Footnote 7

Although Alf was diagnosed with thyroid cancer in the early 1980s – a disease he would struggle with until his death – he embarked on a tempestuous career in publications, in particular as an author of articles and as editor of collective volumes.Footnote 8 His many – partly overlapping – essays about state and police have, to this day, never been collected in a single volume. An important collection of essays about working-class life was, however, published as Eigensinn in 1993.Footnote 9

In exploring the Alltagsgeschichte, Alf regularly collaborated with his colleague Hans Medick. By 1977 they had jointly written a “manifesto” titled “History for whom?”, in which the concept of Alltagsgeschichte was aired for the first time. They considered this text their “manifesto”.Footnote 10 Medick also wrote a widely read programmatic text, in which he advocated serious dialogue between anthropologists and historians.Footnote 11

A few years later, Alf and Medick were both engaged in getting the West German federal organization of the local German History Workshop Movements on its way. In the winter of 1982–83, they organized and hosted, together with their friend and colleague Adelheid von Saldern, a first meeting of these local groups in Göttingen, which decided to form a West German federation. In 1985, Alf and Medick, together with Wolfgang Schäfer, helped to turn the informal newsletter of these groups entitled Geschichtswerkstatt into the first printed format of a journal, which from 1992 became WerkstattGeschichte, a German sibling of the English History Workshop Journal. Footnote 12 In 1993, they helped start a second journal: Historische Anthropologie. Both periodicals continue to be published.

The collapse of “truly existing socialism” in Eastern Europa and the fall of the Berlin Wall had an enormous impact on West German social, economic, and political relations and consequently on Alf as well. Now, he could research both his themes based on the former GDR. Using state documents, he wrote about the conduct of East German workers in the 1950s, reconstructed aspects of the labour uprising of 17 July 1953, and edited (with Karin Hartewig) Die DDR im Bild, about how photography was used in the GDR. The East German perspective also encouraged Alf to undertake new reflections on the Nazi period. Without equating “socialism” with fascism, he felt progressively challenged to engage in comparative research. This was conveyed in the subtitle of a French book he wrote about German workers in the twentieth century: “Le quotidien des dictatures”.Footnote 13

Moreover, the fall of the Wall encouraged a reassessment of Marxism. In an edited volume titled What Remains of Marxist Perspectives in Historical Research?, Alf argued that many of the ideas of Marx and Engels will remain useable in the future but that substantial shortcomings have emerged over time and that exploring them would require new instruments and concepts. Among these shortcomings: uneven development as pivotal in a non-linear historiography; a theory of the historical actors that also regards them as fragmented individuals uncertain about their “self”; and the emotional and cultural (non-instrumental) foundations of popular attitudes towards the state.Footnote 14

Thanks to his many publications in several languages, Alf was already internationally renowned in the 1990s, as attested by Visiting Professorships in Jerusalem, Ann Arbor, and Chicago. Academic acknowledgement in Germany, however, took longer. Only in 1999 did he get a professorship at the university in the former East German Erfurt – at the same time as Hans Medick, with whom he immediately founded a Centre for Historical Anthropology.Footnote 15 Alf remained affiliated to this university as an honorary professor after his retirement in 2008. He also became a part-time Distinguished Visiting Professor at Hanyang University in Seoul (2009–2013).

Although two glaucoma operations increasingly compromised his vision, Alf remained exceptionally inspired by developments in his field throughout his life and became interested in the Global South, as is also clear from the collection on Colonial Histories, which he published with other scholars in 2010.Footnote 16 Shortly before he retired, Alf invited me to dinner, when I happened to be in Göttingen. We spoke about Global Labour History, a new development that fascinated him. From 2014, he was a Fellow and later Associate Fellow at the small but excellent research institute re:work, Work and Human Lifecycle in Global History at Humboldt University in Berlin, where he continued to work on “War as Work”, attended lectures, and frequently took part in discussions. Three months before he died, on 26 October 2018, friends and colleagues at re:work organized a symposium in honour of his seventy-fifth birthday. Alf appeared fragile but still lively. Nobody present there imagined he would leave us so soon.

Alf is survived by his wife Helga and their daughter Insa.

Helga Lüdtke has provided me with generous and indispensable support in writing this obituary. Hans Medick kindly commented on the first draft.

8. A complete list of publications from the year 2000 onward may be found at https://www.uni-erfurt.de/geschichte/historischeanthropologie/personen/luedtke/.