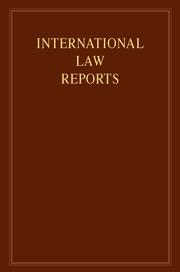 International Court of Justice — Jurisdiction — American Treaty on Pacific Settlement, 1948 (“Pact of Bogotá”), Article XXXI — Nicaragua instituting proceedings against Colombia — Nicaragua’s First Request concerning delimitation of continental shelf between Parties in area beyond 200 nautical miles from Nicaraguan coast — Nicaragua’s Second Request requesting Court to determine principles and rules of international law governing right and duties of two States in relevant area pending delimitation — Whether Court having jurisdiction to entertain application — Colombia raising preliminary objections — Whether Court lacking jurisdiction ratione temporis — Pact of Bogotá — Denunciation by Colombia — Interpretation of Pact of Bogotá — Whether Article XXXI of Pact of Bogotá remaining in force on date of application — Effect of second paragraph of Article LVI — Whether effet utile principle applicable — Travaux préparatoires — Whether Court having “continuing jurisdiction” — Whether Court having already fully dealt with Nicaragua’s claims regarding delimitation of continental shelf between Nicaragua and Colombia beyond 200 nautical miles of Nicaraguan coast — 2012 Judgment — Whether Nicaragua’s claim barred by way of res judicata — Issue concerning Article 76(8) of United Nations Convention on the Law of the Sea, 1982 — Whether application attempt to revise 2012 Judgment — Admissibility of application

Treaties — Denunciation — Effect — Interpretation — American Treaty on Pacific Settlement, 1948 (“Pact of Bogotá”) — Whether Article XXXI of Pact of Bogotá remaining in force on date of application — Effect of second paragraph of Article LVI — Transmission of notification — One-year period between denunciation and termination of Pact — Institution of proceedings during one-year period — Object and purpose of Pact — A contrario interpretation — Effet utile principle — Whether applicable — Travaux préparatoires — Whether Court having jurisdiction by means of Article XXXI of Pact of Bogotá — Whether necessary for Court to consider other bases of jurisdiction