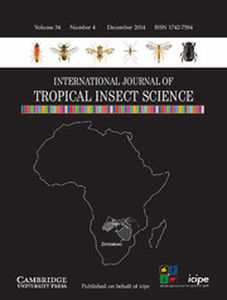 The damage threshold of the green spider mite, Mononychellus tanajoa (Bondar) on cassava was determined in the greenhouse using four levels of mite infestation namely: 5, 10, 15 and 20 adult mites per cassava plant. Cassava cuttings were planted in plastic buckets in the greenhouse. The plants were artificially infested at 10 weeks old after planting.