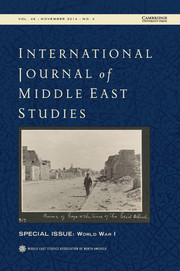 The Technopolitics of War in the 20th and 21st Centuries