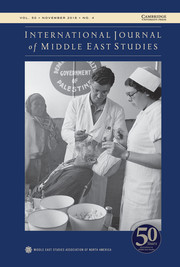 Minoritization and Pluralism in the Modern Middle East