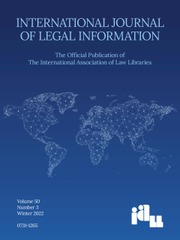 The Changing Constitutional Role of the European Court of Justice

The process through which the founding Treaties of the European Communities came to function and be regarded as a constitution and the role of the Court of Justice in that process are well known. According to a widespread view, the Court would have been the main or even the only actor in the constitutionalization of the Treaties, transforming them into constitutional entities by virtue of some judgments of the 60s and 70s. For many, in those judgments the Court would have been excessively prointegrationist, too audacious, almost “running wild”. At some point, a number of constitutional courts, in particular the German Constitutional Court with its Maastricht decision of 1993, would have voiced their concerns, tracing potential limits to judicially driven integration. As a result, the Court of the 90s would have become wiser, more self-restrained, at times even minimalistic – more like a court and less like an omnipotent legislator or “pouvoir constituent.” With the calling of the European Convention and the drafting of the Treaty establishing a Constitution for Europe, the Court would have been more than ever on a second plane, as if constitutional matters had finally returned to the political actors to which they belong.

1 For the conventional view on the role of the Court in the constitutionalization of the Treaty, see, for example, E. Stein, “Lawyers, Judges, and the Making of a Transnational Constitution”, American Journal of International Law, 1981, p. 1; H. Rasmussen, On Law and Policy in the European Court of Justice, Nijhoff, Dordrecht, 1986; J. H. H. Weiler, “The Transformation of Europe”, Yale Law Journal, 1991, p. 2403; K. Alter, Establishing the Supremacy of European Law: the Making of an International Rule of Law in Europe, OUP, Oxford, 2001; A. Stone Sweet, The Judicial Construction of Europe, OUP, Oxford, 2004. For my own perspective, see my Between Competition and Free Movement: the Economic Constitutional Law of the European Community, Hart, Oxford, 2002, pp. 39–62.Google Scholar

2 Curiously, that deformed view may have had some influence on how the Court sees itself and also on the case law.Google Scholar

5 See, for example, the book of A. Stone Sweet cited in note 1, p. 66: “the Court initiated and sustained [the constitutionalization process] in the absence of express authorisation of the Treaty, and despite the declared opposition of Member State governments.” See also the book of K. Alter cited in note 1, passim, and her article “Who are the ‘Masters of the Treaty'? European Governments and the European Court of Justice?”, International Organization, 2000, p. 489 (with this author the language of “transformation orchestrated by the ECJ”, “bold”, “revolutionary”, “provocative” or “extremely controversial legal interpretations”, etc., is recurrent).Google Scholar

6 But they were quite conscious of the importance of Article 177 (for a reminiscence of the drafting of this provision, see P. Pescatore, “Les travaux du ‘groupe juridique’ dans la négociation des traités de Rome”, Studia Diplomatica, 1981, vol. XXXIV, p. 159, at p. 173).Google Scholar

7 In this and the next section, I follow the argument of S. Acierno in “The European Court of Justice as a Constitutional Actor: A Reassessment” (unpublished paper).Google Scholar

9 With the exception of the Benelux (in which there is a preliminary rulings procedure; but it is a system inspired in ideas of integration and uniformity close to those of the Treaties of Paris and Rome). The “quasi-judicial” systems of the WTO and of regional organisations such as MERCOSUR and NAFTA seem quite “underdeveloped” when compared with the Community judicial system.Google Scholar

10 For these categories, see J. L. Austin, How to Do Things with Words (Clarendon Press, Oxford, 1975).Google Scholar

12 M. Kumm and V. Ferreres Cornella, “The Primacy Clause of the Constitutional Treaty and the Future of Constitutional Conflict in the European Union”, I-CON, International Journal of Constitutional Law, 2005, p. 473, at p. 478 (note, however, that those national constitutional courts do not “evaluate” supremacy; they have merely threatened to do so in very exceptional cases).Google Scholar

14 That is, without reservations or potential limits, and including national constitutional law. In their article, Kumm and Ferreres Cornella surprisingly gloss over this important provision of primary law.Google Scholar

18 Case 792/79 R, Camera Care v Commission [1980] ECR 119 (recognising the implicit power of the Commission to adopt interim measures in the context of Regulation 17/62, on the application of the competition rules to undertakings).Google Scholar

25 T. C. Hartley, Constitutional Problems of the European Union, Hart, Oxford, 1999, p. 36: “the Treaty provides no authority for the judgment”; “the Court is prepared to go against the Treaties where it feels that the constitutional development of the Community so requires.”Google Scholar

32 For a practical example, see the judgment of 27 April 2005 of the Polish Constitutional Court on the European arrest warrant (Case P 1/05), paragraph 9: “The Tribunal is not relieved of [its] obligation [to review the conformity of normative acts with the Polish Constitution] where the allegation of non-conformity with the Constitution concerns the scope of a statute implementing European Union law.” This statement seems to extend to European Union law as a whole, not being limited to the third pillar, in which the lack of judicial protection (to my knowledge Poland has not yet accepted the jurisdiction of the Court pursuant to Article 35 EU) may justify the exceptional intervention of the Constitutional Court.Google Scholar

34 I have developed these ideas in more detail in my article “Constitutional Gaps in Community Law”, cited in footnote 21.Google Scholar

35 See, for example, J. H. H. Weiler, The Constitution of Europe, Cambridge University Press, Cambridge, 1999, p. 326 (questioning the “added value” of European citizenship and arguing that most of the rights attached to it “predated Maastricht”).Google Scholar

41 On the importance of economic law for the constitutional law of the European Union, see my book cited in note 1, Pp. 63 to 103.Google Scholar

44 Ibid. (Unión de Pequeños Agricultores), paragraph 45: “While it is, admittedly, possible to envisage a system of judicial review of the legality of Community measures of general application different from that established by the founding Treaty and never amended as to its principles, it is for the Member States, if necessary, in accordance with Article 48 EU, to reform the system currently in force.”Google Scholar

45 See Article III-365(4) of the Treaty establishing a Constitution for Europe.Google Scholar

46 Case C-160/93, Eurojust, judgment of 15 March 2005 (not yet reported; see the Opinion of Advocate General Maduro, which was not followed by the Court).Google Scholar

47 See Article 111-365(1) of the Treaty establishing a Constitution for Europe.Google Scholar

48 See Case 105/03, Pupino, judgment of 16 June 2005, not yet reported (an important development concerning Title VI of the EU Treaty) and Case C-176/03, Commission v Council, judgment of 13 September 2005, not yet reported (annulling a framework decision adopted under Title VI of the EU Treaty because it should have been adopted pursuant to the EC Treaty).Google Scholar

49 See Article 11ter of the Rules of Procedure of the Court.Google Scholar

50 By “poor” or “thin” jurisprudence I refer to those judgments in preliminary cases in which the answer and reasoning of the Court are so scant that the case is almost left undecided and the Community law provision is given a vague interpretation. Judgments on appeal may also be “thin” or “poor” as a result of the Court's formalistic approach to its review of judgments of the Court of First Instance. These judgments may reflect the need to accommodate a great number of opinions within the Court. Diluting the normative content of judgments, more judges may agree with them. But this may serve justice badly, and national judges may no longer use the preliminary rulings procedure when they should, for they will not want to wait two years or more to receive an answer that does not get them closer to the solution than they were when they referred the preliminary question. On these issues, see my article “De la cuestión prejudicial a la casación europea: Reflexiones sobre la eficacia y la uniformidad del Derecho de la Unión”, Revista Española de Derecho Europeo, 2005, p. 35.Google Scholar

51 I use “tame” in the fourth sense of the Shorter OED: “Lacking animation, force or effectiveness; having no striking features; uninspiring, insipid, dull.” For “packing”, reminiscent of a famous episode in US constitutional law, see the fourth definition of the Shorter OED: “Select or make up (a jury, deliberative body, etc.) in such as way as to secure a biased decision or further a particular end.”Google Scholar

53 Rather than a remedy to these deficiencies, Kobler (Case C-224/01 [2003] I-10239), which confirmed the principle of State liability for decisions of national courts of last resort in manifest breach of Community law, seems to me a reflection of the deep crisis affecting the Community judicial system. For a detailed analysis and a “utopian” proposal to resolve them introducing a “European appeal” as a complement to preliminary references, see my article cited in note 50.Google Scholar

The Changing Constitutional Role of the European Court of Justice
×

The Changing Constitutional Role of the European Court of Justice
×

The Changing Constitutional Role of the European Court of Justice
×
×