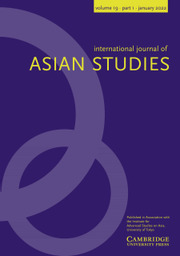 Featured Essays on the History of Disability in Japan