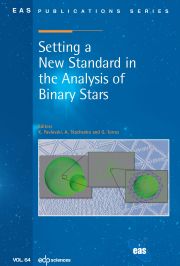 The Herschel Dwarf Galaxy Survey investigates the interplay of star formation activity and the the metal-poor gas and dust of local universe dwarf galaxies using FIR and submillimetre imaging spectroscopic and photometric observations in the 50 to 550 μm window of the Herschel Space Observatory. The dust spectral-energy distributions are well constrained with the new Herschel and MIR Spitzer data. A submillimetre excess is often found in low metallicity galaxies, which, if tracing very cold dust, would highlight large dust masses not easily reconciled in some cases, given the low metallicities and expected gas-to-dust mass ratios. The galaxies are also mapped in the FIR fine-structure lines (63 and 145 μm OI, 158 μm CII, 122 and 205 μm NII, 88 μm OIII) probing the low density ionised gas, the HII regions and photodissociation regions. While still early in the mission we can already see, along with earlier studies, that line ratios in the metal-poor ISM differ remarkably from those in the metal-rich starburst environments. In dwarf galaxies, L[CII]/L(CO) (≥104) is at least an order of magnitude greater than in the most metal-rich starburst galaxies. The 88 μm [OIII] line usually dominates the FIR line emission over galaxy-wide scales, not the 158 μm [CII] line which is the dominant FIR cooling line in metal-rich galaxies. All of the FIR lines together can contribute 1% to 2% of the LTIR. The Herschel Dwarf Galaxy survey will provide statistical information on the nature of the dust and gas in low metallicity galaxies and place constraints on chemical evolution models of galaxies.