Rising Powers and the International Order 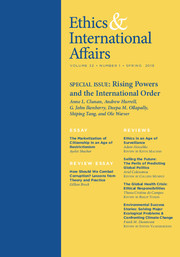