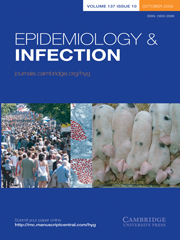 Outbreaks and control of infection