Latest issue of Continuity and Change 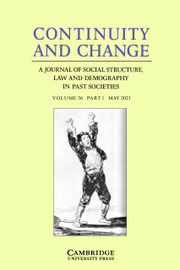