The International Journal of Exercise Physiology, Biomechanics and Nutrition 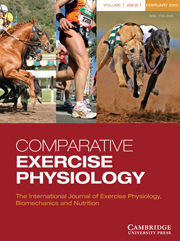 †The University's Code of Conduct for Research can be found at the following web address: http://www.uclan.ac.uk/information/research/research_degrees/ethics_research_governance.php