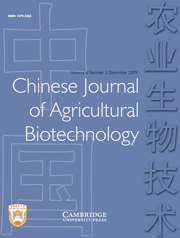 Differences in immunostimulation activity of CpG oligodeoxynucleotides (ODNs) between pigs and mice were studied. In accordance with current research data, three kinds of CpG ODN – 2006, D19 and 1826, which were identified as optimally active in humans, pigs and mice, respectively – and control ODN D48, a non CpG-containing ODN, were selected and synthesized. Results indicated that CpG ODN D19 strongly stimulated the proliferation of porcine peripheral blood mononuclear cells (PBMCs), and the amount of γ-interferon in the supernatant of activated cells increased, exceeding that of all other ODNs tested, while mouse splenocytes did not respond. CpG ODN 1826 strongly stimulated the proliferation of mouse splenocytes, but porcine PBMCs remained unresponsive. CpG ODN 2006 effectively stimulated proliferation of both porcine PBMCs and mouse splenocytes. Therefore some specific CpG ODNs, D19 and 1826, selectively stimulated animal species, while CpG ODN 2006 possessed a common stimulation effect. In addition, CpG ODN D19 predominantly induced the response of type 1 T-helper cells in vivo.