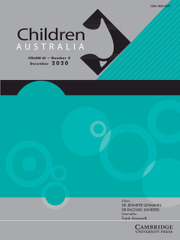 The master is dead. But long will he be remembered and by many.

I first met Tony in the 1970s when he was the Professor of Social Work at the University of Connecticut. By then he was already an established child welfare scholar. Just go to Google Scholar and gasp at his prodigious output.

His scholarly reputation took him to many places including England, Australia and to his native Italy. In Australia, this included a sabbatical at the University of Melbourne and a keynote address at the Association of Child Welfare Agencies Bi-annual Conference in Sydney.

Tony moved to university in the 1980s and became the Head of the Social Work Doctoral Program at Boston College, Boston, Massachusetts. It was into this doctoral program that both my partner, Pat Hansen, and I enrolled in 1993.

My special debt to Tony is that he supervised my PhD. It was a good experience as I was fully supported by Tony throughout this arduous but stimulating time.

While at Boston College, Pat and I spent many enjoyable hours with Tony and his wife, Janice, at their home in West Hartford and at the Maluccio holiday place on Martha’s Vineyard. This was typical of Tony and Janice’s generosity.

After my PhD was finished, Tony and I co-operated and made several contributions to the international child welfare literature including an article in 2002 in Children Australia as below.

In 2004, Tony, together with Tiziano Vecchiato from Zancan Fondazione in Padova, established the International Association for Outcome-Based Evaluation and Research on Family and Children’s Services. This small, invitation only working group that generally meets annually, celebrated its 15th year in 2018 with a seminar about child and family poverty in Italy in the Italian Parliament in Rome. Alas, Tony could only be there in spirit.

Tony’s later years were marred by ill health that caused a halt to his scholarly contributions to child welfare. But by then he was acknowledged as a star by his academic peers.