Masculinity and the Third Reich 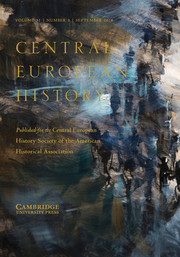