A Lifelong Interdisciplinary Approach to Common Arterial Trunk, Transposition of the Great Arteries, and Other Evolving Challenges in Paediatric and Congenital Cardiac Disease 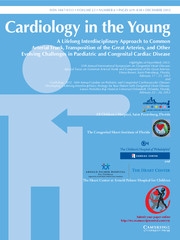