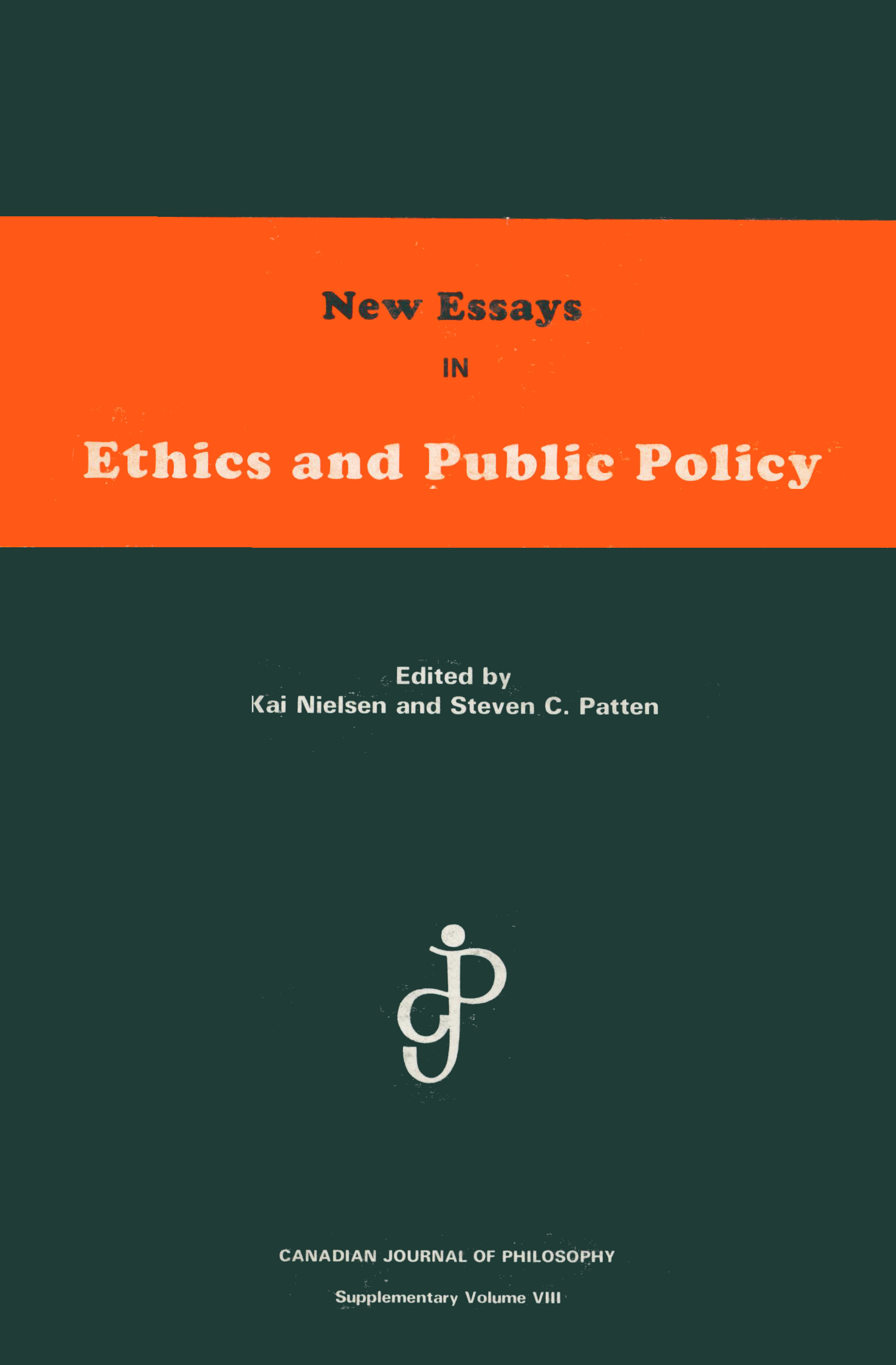 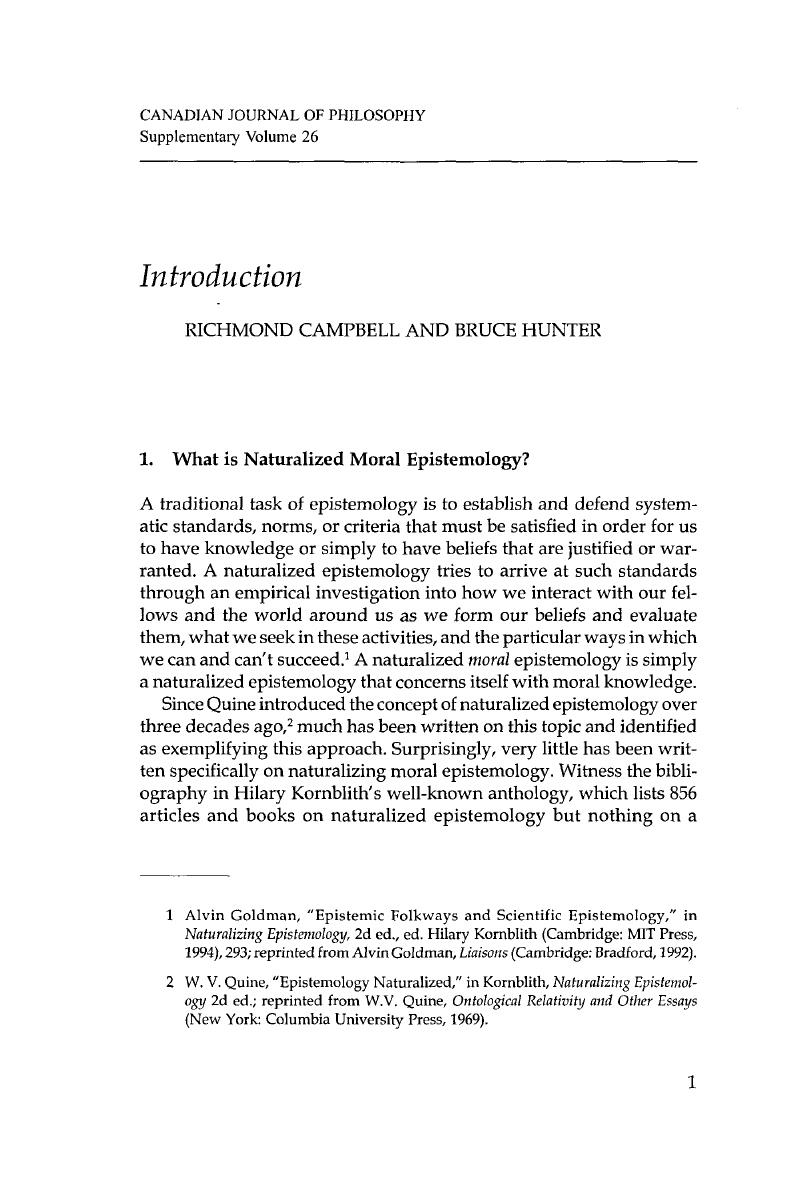 13 For a version of this objection, see Stich, Stephen “Evolution and Rationality,” in Tlie Fragmentation of Reason (Cambridge: MIT Press, 1990).Google Scholar

15 This line of reply is taken in Kornblith, Hilary “Our Native Inferential Tendencies,” in Inductive Inference and its Natural Ground (Cambridge: MIT Press, 1993).Google Scholar

16 For example, an evolutionary account of moral action, feelings, and discourse without any commitment to the existence of moral knowledge is given in Gibbard, AllanWise Owices, Apt Feelings (Cambridge: Harvard University Press, 1990).Google Scholar

20 As a holist, Quine thinks individual non-observational beliefs have empirical content and warrant only in conjunction with other beliefs.

21 Quine, “On the Nature of Moral Values,” 65. Quine's point, though hardly his conclusion, is oddly reminiscent of one of Kant's critical remarks concerning happiness as a moral end. Cf. “Groundwork of the Metaphysics of Morals,” in Practical Philosophy, 70.

25 The Structure of Empirical Knowledge (Cambridge: Harvard University Press, 1985), 9–10, 19-20, 43-5, and “Against Naturalized Epistemology,” in Midwest Studies in Philosophy, vol. 19, Philosophical Naturalism, ed. French, P.A.Uehling, T.E. and Wettstein, H.K. (Notre Dame: Notre Dame University Press, 1994)Google Scholar. Somewhat analogously, before appealing to circularity/regress considerations to defend the a priori character of moral principles in section II of the “Groundwork,” Kant famously argues in section I that an action has moral worth only if done from duty, from a recognition of the requirements of morality. He explains in the Preface that “in the case of what is to be morally good it is not enough that it conform to the moral law, it must be done for the sake of the law. without this, that conformity is only very contingent and precarious, since a ground that is not moral will indeed now and then produce actions in conformity with the law, but it will also often produce actions contrary to the law” (45).

28 The issue might seem different with accounts of evaluative concepts and standards whose acceptability depends on a wide reflective equilibrium of evaluative standards, intuitive or paradigmatic cases of actual empirical knowledge and good reasoning, pragmatic concerns with the point of evaluative concepts, and background theories and beliefs about the human situation and its possibilities, epistemic or moral. However this doesn't make the acceptability of the account straightforwardly empirical. First, there is the non-evidential dimension of what we want in an evaluative concept, which may lead us to consider the implications of an account for hypothetical cases so as to decide whether it is one we can accept. Second, what may matter more for a relevant background theory is widespread acceptance, not empirical warrant, especially if part of the point of having evaluative concepts is to facilitate human interaction and so be interpersonally acceptable. Thirdly, even if such intuitions are themselves instances of empirical knowledge, these paradigmatic cases of empirical knowledge that epistemolo-gists may reflect on hardly exhausts the full range of empirical evidence and empirically warranted judgment. The connections between reflective equilibrium and naturalistic epistemology need careful exploration.

32 “The Neural Representation of the Social World,” in Mind and Morals, ed. May, Friedman and Clark, (Cambridge: MIT Press, 1996), 101.Google Scholar

33 Groundwork of the Metaphysics of Morals,” 45. Also “On the common saying: that may be correct in theory but is of no practice use,” in Practical Philosophy, 279.

36 Dreyfus, Hubert and Dreyfus, Stuart “What is Morality: A Phenomenological Account of the Development of Moral Expertise,” in Universalism vs. Communitarianism, ed. Rasmussen, David M. (Cambridge: MIT Press, 1990).Google Scholar