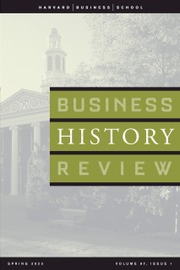 A Premature Postmortem on the Chicago School of Antitrust

The Chicago School of antitrust is often thought to have killed off antitrust enforcement beginning in the late 1970s. In fact, although Chicago school prescriptions were significantly more laissez-faire than the structuralist school Chicago replaced, antitrust enforcement did not die under Chicago's influence. Rather, by directing antitrust to focus on technical economic analysis, Chicago contributed to the creation of a large and entrenched class of antitrust professionals—economists and lawyers—with a vested interest in preserving antitrust as a legal and regulatory enterprise. Today, Chicago School's consumer welfare standard and specific enforcement prescriptions are coming increasingly under political pressure and may be replaced or supplemented in the near term. But Chicago's redirection of antitrust toward technical economic analysis and technocratic reasoning seems likely to remain a durable legacy.

4 For a fuller treatment of the many schools of thought contributing to the formation of U.S. antitrust policy, see Crane, Daniel A. and Hovenkamp, Herbert, The Making of Competition Policy: Legal and Economic Sources (Oxford, 2013)CrossRefGoogle Scholar.

7 Louis Brandeis, “Shall We Abandon the Policy of Competition?,” in Crane and Hovenkamp, Making of Competition Policy, 185. On Brandeis's influence in antitrust, see Kenneth G. Elzinga and Micah Webber, “Louis Brandeis and Contemporary Antitrust Enforcement,” Touro Law Review 33, no. 1 (2017): 277–321.

14 At a theoretical level, structuralism rested on four broad theoretical and empirical propositions. First, the structuralists assumed a strong link between the number of firms in a market and the propensity of prices to rise above cost. This claim rested principally on strong assumptions, formalized by nineteenth-century French mathematician Augustin Cournot, that oligopoly behavior would increase as the number of firms decreased. The structuralists claimed that the Cournot assumptions were borne out by empirical studies showing that firms in concentrated industries earned higher profits than those in more competitively structured industries. Second, echoing a theme from Louis Brandeis, the structuralists rejected the notion that large aggregations of capital were necessary to achieving economies of scale. While economies of scale did exist, in many markets the firms were far larger than minimum efficient scale demanded; such markets could be “deconcentrated” by breaking up large firms without causing significant production inefficiencies. Third, the structuralists claimed that barriers to entry were high in many industries, but particularly in those with a large fixed cost component. The Harvard School's broad definition of entry barriers would raise a strong challenge from the Chicago School, which gave a much narrower definition to entry barriers—with the implication that far fewer markets would be considered difficult to enter. Fourth, Kaysen-Turner argued that, given the close link between Cournot theory and maximizing behavior, poor performance in highly concentrated markets was inevitable. As a result, antitrust should focus on structure and pay relatively less attention to conduct.

18 Herbert Hovenkamp, “Introduction to the Neal Report and the Crisis in Antitrust and a Reprint of the Neal Report,” Competition Policy International 5, no. 1 (2009): 217–39.

19 Hovenkamp, “Introduction to the Neal Report.”

23 George J. Stigler, “The Organization of Industry: A Note on Profitability, Competition, and Concentration,” in Crane and Hovenkamp, Making of Competition Policy, 393–96; see also Harold Demsetz, “Two Systems of Belief about Monopoly,” in Harvey J. Goldschmidt and H. Michael Mann, eds., Industrial Concentration: The New Learning (New York, 1974), 164 (finding that small firms in concentrated industries did not earn supracompetitive profits, as predicted by structuralists); and Lester G. Telser, “Another Look at Advertising and Concentration,” Journal of Industrial Economics 18 (1969): 85–94 (critiquing alleged correlations between advertising and market concentration resulting from methodological flaws).

28 On Judge Posner's assertion that “Antitrust is dead, isn't it?,” see, for example, David Dayen, “This Budding Movement Wants to Smash Monopolies,” The Nation, 4 Apr. 2017, https://www.thenation.com/article/this-budding-movement-wants-to-smash-monopolies/.

31 Pierre Larouche, “The European Microsoft Case at the Crossroads of Competition Policy: Comment on Ahlborn and Evans,” Antitrust Law Journal 75, no. 3 (2009): 962.

41 Crane and Hester, “State-Action Immunity” (arguing for more a preemptive role for the FTC Act over anticompetitive state regulations that harm competition and consumer welfare); Frank H. Easterbrook, “Antitrust and the Economics of Federalism,” in Competition Laws in Conflict: Antitrust Jurisdiction in the Global Economy, ed. Richard A. Epstein and Michael S. Greve (Washington, 2004), 189–213 (proposing modification to Parker immunity doctrine to curb excesses of state anticompetitive regulation); Easterbrook, “The Chicago School and Exclusionary Conduct,” Harvard Journal of Law and Public Policy 31 (2008): 446 (discussing Robert Bork's concern about use of government as agent of exclusion); Richard A. Epstein and Michael S. Greve, “Introduction: The Intractable Problem of Antitrust Jurisdiction,” in Epstein and Greve, Competition Laws in Conflict, 1, 13 (describing the Parker doctrine as enabling mutual exploitation of citizens by states).

42 Hofstadter, Richard, “What Happened to the Antitrust Movement?,” in The Paranoid Style in American Politics and Other Essays (Cambridge, 1966), 235Google Scholar.

44 Examples include the antitrust injury requirement (e.g., Brunswick Corp. v. Pueblo Bowl-O-Mat, Inc., 429 U.S. 477, 489 [1977]; creating antitrust injury requirement that plaintiff demonstrate “injury of the type the antitrust laws were intended to prevent and that flows from that which makes defendants’ acts unlawful”) and limitations on private standing (e.g., Illinois Brick Co. v. State of Illinois, 431 U.S. 720 [1977]; prohibiting suit by “indirect purchasers,” i.e., those who did not purchase directly from the defendant).

A Premature Postmortem on the Chicago School of Antitrust
×

A Premature Postmortem on the Chicago School of Antitrust
×

A Premature Postmortem on the Chicago School of Antitrust
×
×