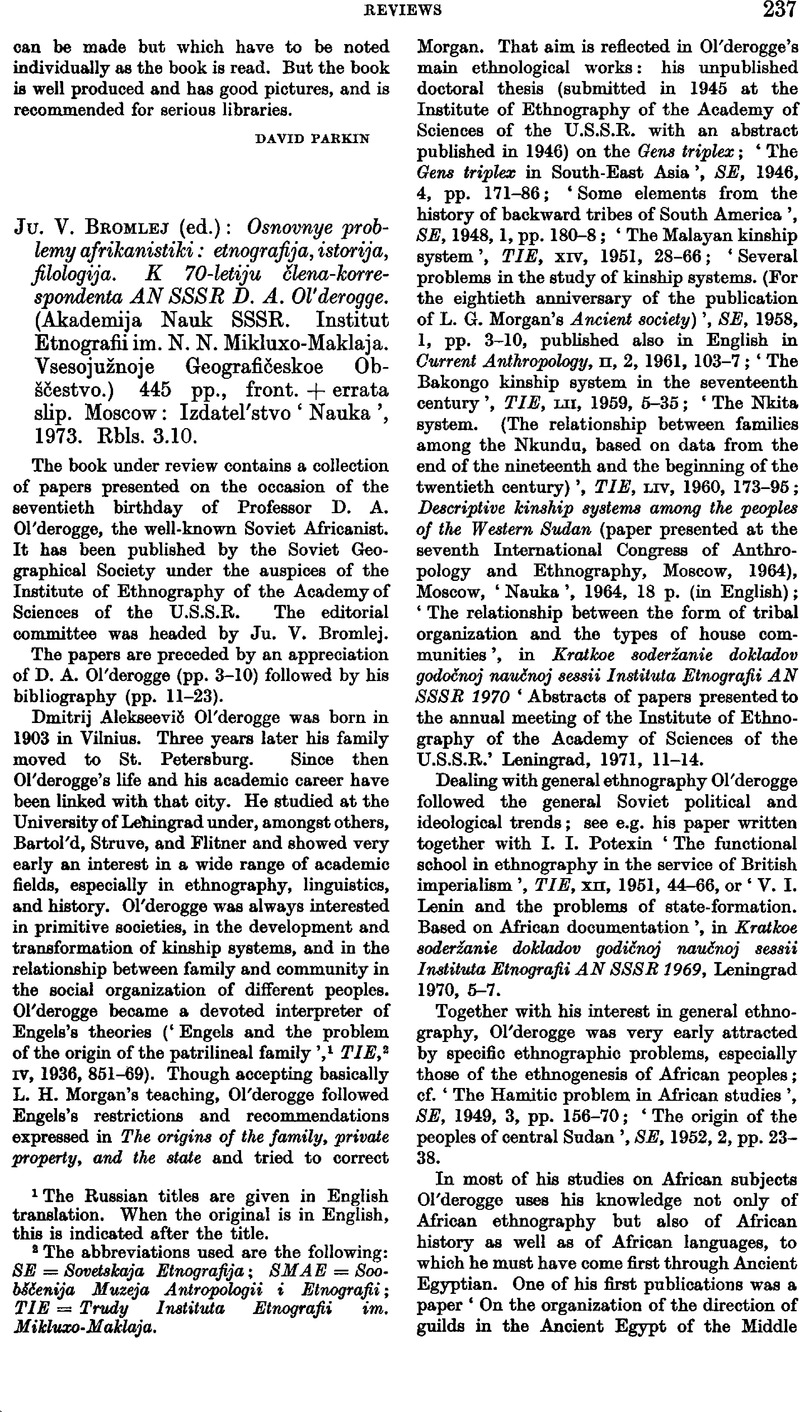 1 The Russian titles are given in English translation. When the original is in English, this is indicated after the title.

3 Both in the appreciation of Ol'derogge and in his bibliography there are details which have to be commented on. I am choosing just two, both connected with Warsaw. On p. 9 are listed all Ol'derogge's foreign travels for academic business. Among them appears Warsaw, 1968: to receive an honorary degree of the University of Warsaw. It is perfectly true that D. A. Ol'derogge was awarded that degree in 1968 but he did not go to Warsaw to receive it. A bibliographical note which merits a word of explanation is that on p. 22, ‘Les anciennes relations entre l'Arménie et l'Ethiopie (histoire d'une écriture)’. Doklad dlja IV Meždunarodnoj Konferentsii Efiopistov. 1969Google Scholar; and just below, ‘To že (idem).—V knige (In the book) Meždunarodnaja Konferentsja Efiopistov, 4-ja. Pariž, 1969, Materjaly, 18 s.—na fr. jaz.’. Now, the fourth International Conference of Ethiopian Studies was to have taken place in 1969 in Warsaw. It so happened that the invitation was cancelled in 1968. Then inquiries were made as to whether the Fourth conference could be organized in Paris. Pia desideria! It was only in 1972 that the conference took place in Rome, on the invitation of the Accademia Nazionale dei Lincei. The paper in question must have been published in Moscow, in the expectation that the conference would be held in Paris.

4 The English translation of the titles does not always exactly correspond to that given in the summary.