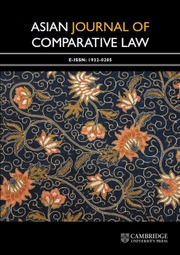 This article examines the legal and political context for prosecuting corporate crime in Indonesia. It presents a case study of the landmark case in which a migrant labour recruitment agency was successfully prosecuted for human trafficking. This article explains the rationale and motivation of the prosecution in four sections. First, it considers the development and purpose of corporate liability as a legal concept to foreground the second section, which outlines the legal and policy framework for pursuing corporations that commit crime in Indonesia. This section also offers a detailed discussion about how individuals have been proceeded against in human trafficking cases that involve corporations. Third, this article presents a case study of the first and only instance where a corporation was successfully prosecuted for human trafficking to highlight the sequence of events that made the effort possible. Fourth, the discussion that follows identifies the prosecution's motivations for bringing the case, and makes empirical conclusions about the purpose of prosecuting corporations for human trafficking through the Indonesian legal system. In conclusion, this article argues that the institutional drive to punish corporate involvement in economic crime has created the necessary systems to seek the punishment of a wider range of other corporate crimes, including human trafficking.

28. In the immediate years following the transfer of sovereignty from the Netherlands to the Republic of Indonesia in 1949, the government reacted to the fact that commercial entities in Indonesia hoarded the raw materials necessary to meet the country's domestic needs. See Emergency Law No 17/1951 on Goods Storage, Elucidation section.

85. For example, the Immigration Office in Entikong refused a passport application after establishing that, only a few weeks earlier, the applicant had been issued with a passport in a different name. In response, officials in the District Civil Administration Office, which issued the applicant's new identity document, threatened to burn down the Immigration Office for interfering in what is understood to be a locally-accepted practice. The District Chief intervened by compelling the Immigration Office to repair relations in line with customary law, which in this case was by providing a gift of pigs to officials in the District Civil Administration Office. See Dewan Perwakilan Rakyat, Risalah Rapat Panitia Khusus Rancangan Undang-Undang tentang Pemberantasan Tindak Pidana Perdagangan Orang: Rapat Dengar Pendapat Umum [Special Committee Meeting Minutes for the Bill on Eradication of Trafficking in Persons: Meeting to Hear General Public Opinion] (8 Mar 2006) (Government of Indonesia 2006).

96. Unless otherwise indicated, the reference for this case study is PT Mahkota Ulfa Sejahtera (n 3).

99. Interview with Head of the Anti-trafficking Unit at Indonesian National Police (Jakarta, 30 Mar 2015) (on file with author).

104. Wayne Palmer & Antje Missbach, ‘Judicial Discretion and the Minimum Statutory Sentence for Migrant Smuggling through Indonesia’ (2018) 5 Asian Journal of Law and Society 413, 427; Adriaan Bedner, ‘Indonesian Legal Scholarship and Jurisprudence as an Obstacle for Transplanting Legal Institutions’ (2013) 5 Hague Journal on the Rule of Law 253, 257.

108. Ministerial Regulation (Manpower) No 38/MEN/XII/2006 on Procedures for Giving, Extending, and Cancelling Permission for Migrant Worker Recruiters 2006, art 2(i).

113. For an analysis about Indonesia's role in the international forum, see generally Kneebone, Susan, ‘The Bali Process and Global Refugee Policy in the Asia-Pacific Region’ (2014) 27 Journal of Refugee Studies 596CrossRefGoogle Scholar.