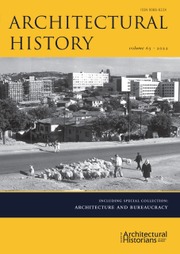 Criminal Skins: Tattoos and Modern Architecture in the Work of Adolf Loos

Adolf Loos’s famous essay, ‘Ornament and Crime’, decisively linked unornamented architecture with the culture of modernity and, in so doing, became one of the key formulations of modern architecture. To a great extent, the essay’s force comes from arguments drawn from nineteenth-century criminal anthropology. Nevertheless, Loos’s work has been consistently understood only within the context of the inter-war avant- gardes. In the 1920s, Le Corbusier was particularly enthusiastic in bringing Loos’s work to the fore, thereby establishing its future reception. ‘Ornament and Crime’ became an essential catalyst for architecture’s conversion away from the historicism of the nineteenth century to modernism. At the turn of the century, Loos’s essay already foreshadowed the white abstraction of ‘less is more’ architecture and the functionalist rigour of the International Style which would dominate the twentieth century.

2 Le Corbusier’s assessment was typical: in his forward to the publication of ‘Ornement et Crime’ in L'Esprit Nouveau, he wrote, ‘Loos is one of the predecessors of the new spirit. Around 1900, when the enthusiasm for Jugendstil was high, in the time of excessive decor, Loos began his crusade against the redundancy of these tendencies’. Le Corbusier, L'Esprit Nouveau, 2 (1920), p. 159.

6 It is important to note that Loos focused on the acanthus motif, whose significance in art theory can be traced back to Vitruvius.?

9 For a criticism of the neglect of the role of taste in work on Darwin’s, see Richards, Evelleen, ‘Darwin and the Descent of Woman’, in The Wider Domain of Evolutionary Thought, ed. David Oldroyd and Ian Langham (Dordrecht, 1983), pp. 57–111.CrossRefGoogle Scholar

10 Nevertheless, Darwin cautioned how ‘there is no evidence in favor of this belief’. Charles Darwin, The Descent of Man, and Selection in Relation to Sex (London, 1871; citations taken from 2nd edn, Amherst, NY, 1998), p. 605.

15 Although due to their lower development, it was acceptable — and even desirable — for women to dress in the style of prostitutes, it was unacceptable for anybody else to do so. References to prostitutes as embodiments of arrested development abound in Loos’s work. As early as 1897, Loos insulted the Lefler room at the Christmas exhibition of the Austrian Museum by saying it was worthy of a ‘cocotte’. Loos, ‘Weihnachtsausstellung im Österreichischen Museum’, Die Zeit, Vienna, 13. 168, 18 December 1897, P- Citation taken from Loos, Escritos I, ed. Adolf Opel and Josep Quetglas, trans. Alberto Estévez, Josep Quetglas and Miquel Vila (Madrid, 1993), pp. 21-27 (p- 27)•

17 Loos, ‘Damenmode’, p. 159. Proof for the latter trend was ‘that just now the number of court cases involving crimes against children is increasing in the most frightful way’. In 1928 Loos was arrested for allegedly soliciting sex from minors.

23 Throughout the late nineteenth century Lombroso’s criminology passed through various stages of popularity. Although at the third international congress of criminal anthropology (1893) Lombrosian anthropology suffered a marked setback from the attack of the ‘French school’ of criminology, it nevertheless remained extremely influential well into the twentieth century.

28 ‘Not one great country can be named ... in which the aborigines do not tattoo themselves. This practice was followed by the Jews of old, and by the ancient Britons.’ Darwin, The Descent of Man, p. 595.

32 Authors on the tattoos of criminals were Lacassagne, Magitot, Tardieu, Berchon, Parent-Duchatelet, Marro, Boselli and Salillas. The study of tattoos was not limited to the anthropological or criminal perspective. Other authors studied tattoos in history, noticing a proclivity for tattoos in ancient and medieval peoples (Ewald, Isidoro, Cesare, Luciano), and yet others focused on the use of tattoos by the insane.

37 Both Loos and Nordau focused on the use of the colour violet in art as a mark of evolutionary development. According to Nordau ‘the violet pictures of Manet and his school’ were signs of the physical degeneration of the nervous system of the artists. For Loos, the use of violet entered art in the eighteenth century, when the evolutionary development of man corresponded to that of an eight-year-old child. Loos, ‘Ornament und Verbrechen’, p. 79.

49 ‘Some cultures actually have a correct knowledge of the position and functions of muscles which are covered by the skin, so that these activities on the surface of the skin could in a similar way be represented, or could be represented even more through graphic linearity; because of this it appears that the ornament of these cultures is already conceived in a structural-symbolic sense.’ Semper, Der Stil, pp. 97-98.

53 While Riegl denied a materialist interpretation of art, he still believed that there was some correlation between ornament and culture. Riegl speculated that the need for ornament could die out altogether in some distant time, leaving functional objects plain and unadorned; until that time, however, he recommended that designers employ historical ornament, rather than invent ornaments anew or copy from nature. Riegl, ‘Das Moderne in der Kunst’, Graphische Kunst, 22 (1899), pp. 9-12 (p. 12). In Stilfragen, he argued that ‘if, following the spirit of today’s natural science, we are justified in assuming that contemporary primitive cultures are the rudimentary survivors of the human race from earlier cultural periods then their geometric ornament must represent an earlier phase of development in the decorative arts and is therefore of great historical significance’. Yet ornament could not be a precise index of cultural development because ‘the mimetic impulse is so powerful that there is no stopping less talented cultures from borrowing from those with more ability.’ Riegl, Problems of Style, pp. 16, 21, 22. Otto Wagner also grouped Semper and Darwin together in Moderne Architektur (Vienna, 1902), p. 93.

57 Riegl claimed that this aesthetic conception of ornament was present — yet ignored — in Semper’s examples, especially those on tattoos: it is the urge to decorate that is one of the most elementary of human drives, more elementary than the need to protect the body. This is not the first time such a proposition has been made; Semper himself expressed it several times. It is thus even more difficult to understand why, in the face of all this evidence, the origin of creative activity is still believed to postdate the invention of the techniques used to create protection for the body. Riegl, Problems of Style, p. 31.

60 Loos believed that ‘every implement [object of daily use] can tell something about the customs and characters of a people’. He learned this lesson from Semper, who believed that ‘by looking at the pots that a certain people produced, we are able to tell in a general way what kind of race they were and how advanced their civilization was’ (Loos, ‘Glas und Ton’, Neue Freie Presse, 26 June 1898; citation taken from Sämtliche Schriften, 1, pp. 55-61 (p. 55)). In Loos, the reading of cultures from their products was taken to a further extreme. He wrote: ‘even if the only object that survived from a town which disappeared was a button, I could, by its form, deduce the clothing and customs of that town, their morals, religion, their art and spirituality.’ According to Loos legitimate ornaments were signifiers through which the culture of a people and their level of civilization could be read (Loos, ‘Antworten auf Fragen aus dem Publikum’, Neues 8 UhrBlatt, 21 June, 9, 16, 23 August, 20 September, 4, 18 October 1919; citations taken from Loos, , Escritos II, ed. Adolf Opel and Josep Quetglas, trans. Alberto Estevez, Josep Quetglas and Miquel Vila (Madrid, 1993), pp. 132–56 (p. 145)).Google Scholar

61 Loos, ‘Ornament und Verbrechen’, p. 86. Loos’s evolutionary thesis of ornament had consequences for theories of language, and he adamantly condemned artificial languages. According to him, language, like ornament-use, was ‘organically connected’ to a specific cultural level. Primitive cultures could not become modern simply by rejecting ornament or adopting a more advanced language; this process could not be forced. Language, architecture and fashion had to evolve naturally: ‘Modern clothing is not enough. One should also have modern customs and speak modern German. If not, the effect is the same as the black soldiers in Central Africa, who take themselves for moderns simply because they wear hats.’ Loos, ‘Antworten auf Fragen aus dem Publikum’, p. 132.

Loos compared modern ornament to modern artificial languages, in particular Volapük and Esperanto. When he commented on Otto Wagner’s turn to the ornamentation of the ‘Belgian school’ in his creation of a train station, Loos described it as an unfortunate move away from ‘the formal language of antiquity’ towards a ‘personal language’ which he compared to ‘an extravagant Volapük’. According to him, the crises of ornament and architecture arose because modern architects tried to speak in an artificial language. ‘Modern architects’, Loos wrote, ‘resemble Esperantoists.’ In his criticism of artificial languages, Loos was working in the tradition of earlier German linguists, such as Herder, who believed there was an inseparable and natural connexion between language, culture and evolutionary development that could not be artificially altered. For Loos on artificial languages, see Loos, ‘Otto Wagner’, Reichspost, 13 July 1911; on Esperantoists, see Loos, ‘Ornament und Erziehung’, p. 205. This line was erased in the version reprinted in Loos, ‘Ornament and Education’, in Ornament and Crime: Selected Essays, trans. Michael Mitchel (Riverside, Ca., 1998). For other allusions to language, see Loos, Foreword to Ins leere gesprochen; Loos, ‘Antworten auf Fragen aus dem Publikum’; Loos, ‘Die Emanzipation des Judentums’, 1900, published for the first time in Loos, Escritos 1, p. 251; ‘Loos, Arnold Schönberg und seine Zeitgenossen’, Anbruch (August and September 1924).

62 It is probable that many of his criticisms were also directed against Dagobert Peche, although he did not mention him by name. See Plakolm-Forsthuber, Sabine, ‘Dagobert Peche and "the Viennese Women’s Crafts'", in Dagobert Peche and the Wiener Werkstätte, ed. Peter Noever (Vienna, 1998), pp. 79–95.Google Scholar

63 In this respect Loos has been widely misread, being categorically known as ‘der Ornamentenfiend’. Even the essay ‘Ornament and Crime’ was translated as ‘Ornament is Crime’ in the French and Spanish versions. Later in his life Loos lamented about how the ‘wrong interpretation’ of his teachings was taken up by the ‘neue Sachlichkeit’ of the Weimar Bauhaus. ‘Adolf Loos über Josef Hoffmann’, Das neue Frankfurt (February 1931); reprinted in Loos, ‘Modern angezogeri, Prager Presse, 19 March 1931. Citations taken from Escritos II, pp. 284-85 (p. 285). Loos differed from other enemies of ornament, such as the American Louis Sullivan, because behind his theory of ornamentation stood a stark scientific structure. He also distanced himself from the unornamented work of Joseph Hoffmann, where ‘all that was superficial, in truth, his lack of ornaments, both past and present... was really only an ornament’ (Loos, Über Joseph Hoffmann (1931; published for the first time in Escritos II), pp. 282-83 (p- 283))- The term ‘der Ornamentenfiend’ referring to Loos appeared in Der Sturm, 6, 7 April 1910, p. 44.

Criminal Skins: Tattoos and Modern Architecture in the Work of Adolf Loos
×

Criminal Skins: Tattoos and Modern Architecture in the Work of Adolf Loos
×

Criminal Skins: Tattoos and Modern Architecture in the Work of Adolf Loos
×
×