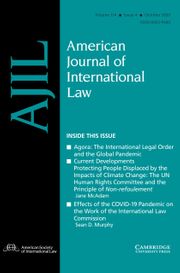 The International Legal Order and the Global Pandemic