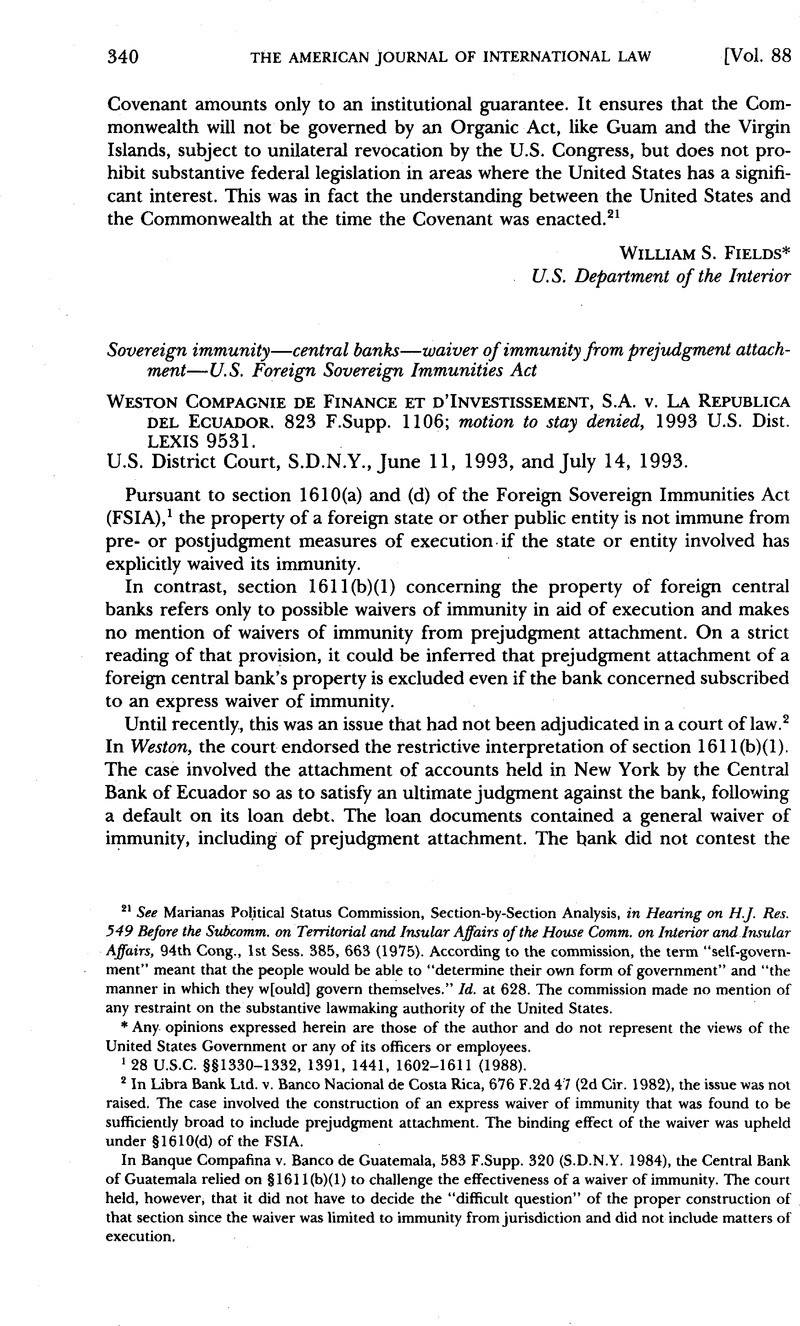 2 In Libra Bank Ltd. v. Banco Nacional de Costa Rica, 676 F.2d 47 (2d Cir. 1982), the issue was not raised. The case involved the construction of an express waiver of immunity that was found to be sufficiently broad to include prejudgment attachment. The binding effect of the waiver was upheld under §1610(d) of the FSIA.

In Banque Compafina v. Banco de Guatemala, 583 F.Supp. 320 (S.D.N.Y. 1984), the Central Bank of Guatemala relied on §1611(b)(1) to challenge the effectiveness of a waiver of immunity. The court held, however, that it did not have to decide the “difficult question” of the proper construction of that section since the waiver was limited to immunity from jurisdiction and did not include matters of execution.

Section 1611(b)(1) provides for the immunity of central bank funds from attachment or execution. It applies to funds of a foreign central bank or monetary authority which are deposited in the United States and “held” for the bank's or authority's “own account”—i.e., funds used or held in connection with central banking activities, as distinguished from funds used solely to finance the commercial transactions of other entities or of foreign states. If execution could be levied on such funds without an explicit waiver, deposit of foreign funds in the United States might be discouraged. Moreover, execution against the reserves of foreign states could cause significant foreign relations problems.

8 This applies even more when one notes that, as a result of alternative choice-of-forum clauses associated with waivers of immunity, the lenders are given the option to enforce their remedies in jurisdictions outside the United States, such as the United Kingdom, in which central banks are free to subscribe to, and are bound by, waivers of immunity from prejudgment or postjudgment execution.