Kal Raustiala*
Affiliation:
Of the Board of Editors 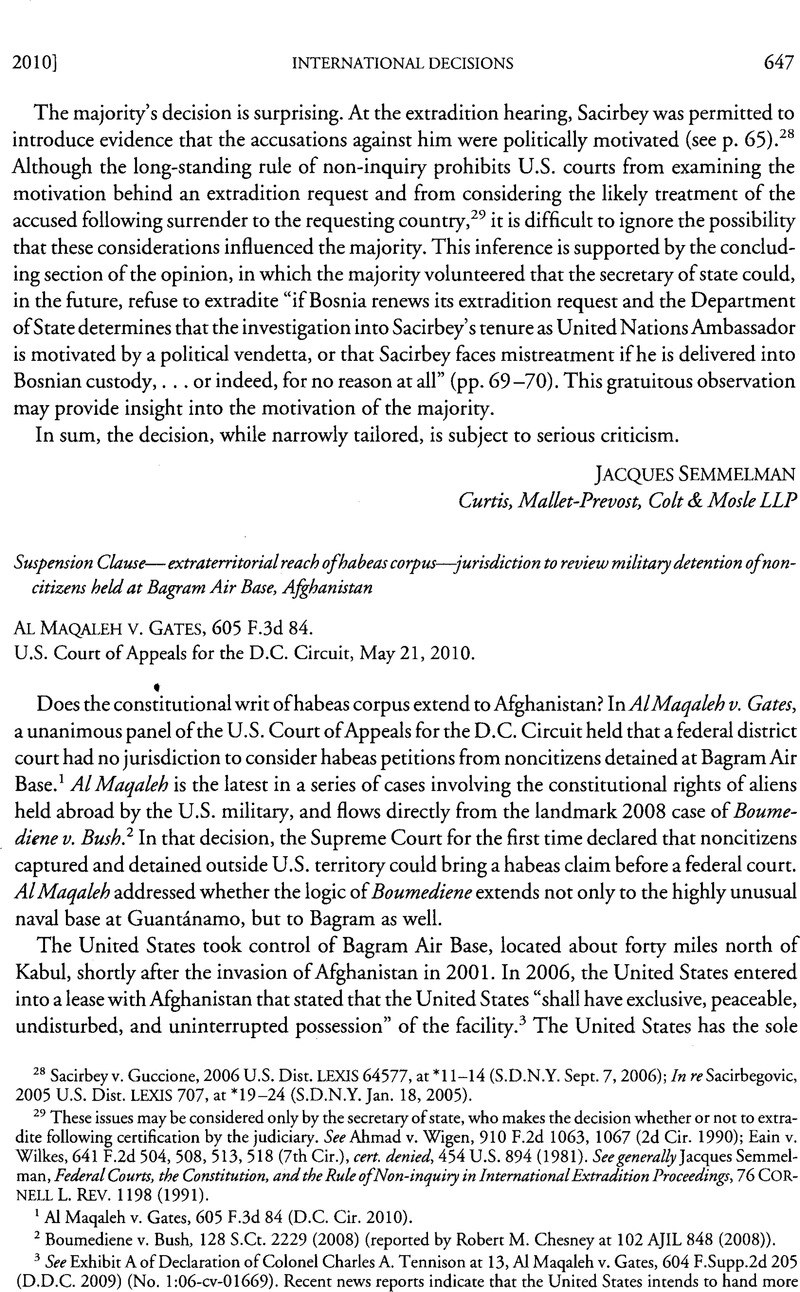 8 On this issue, see generally Kal, Raustiala, Does the Constitution Follow the Flag? The Evolution of Territoriality in American Law (2009)Google Scholar.

26 The Obama administration has been strengthening these procedures in recent years. Brief for Respondents- Appellants at 18, Al Maqaleh v. Gates (D.C. Cir.).

27 The Castro regime has long opposed the base, whose indicators of U.S. permanence (beyond a century of use) include a hotel, a go-kart track, and a roller hockey rink. Scott, Higham & Peter, Finn, Camp Costly: The Renovated Naval Station at Guantanamo Bay Now Boasts Many Comforts of Home. And They Haven’t Come Cheap , Wash. Post, June 7, 2010 Google Scholar, at A1.

32 Approximately 181 are known to remain at the base. Higham, & Finn, , supra note 27. Several have sued to remain at the camp rather than be returned home. See Justices Decide US May Send Two Detainees Back to Algeria , N.Y. Times, July 18, 2010 Google Scholar, at A15.

33 President Barack Obama, Remarks by the President on National Security (May 21, 2009), at http://www.whitehouse.gov/the_press_office/Remarks-by-the-President-On-National-Security-5-21-09. Detainees drawn from the battlefield in Afghanistan are, of course, a different matter than Al Qaeda-linked detainees captured outside zones of conventional combat.

34 A newer facility at Parwan, near Bagram, is intended to replace the Bagram detainment facility.

36 Transfer to Bagram is probably no solution to the existing detainee problem at Guantánamo, however, since under conventional federal jurisdiction doctrine, the right to habeas would automatically follow the detainees to Bagram.