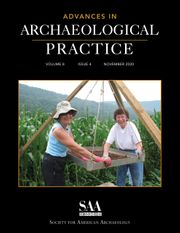 Special Section: Touching the Past