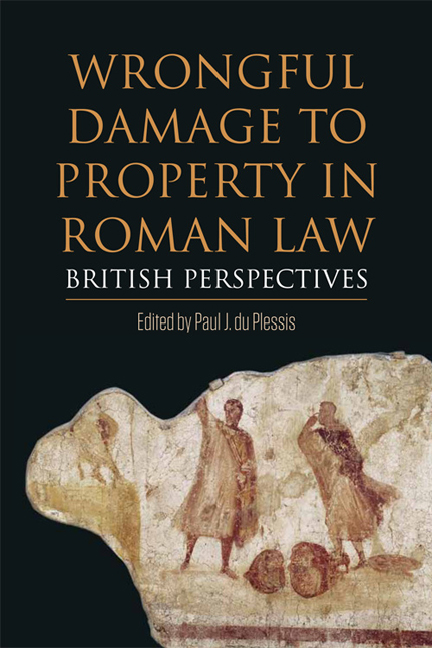 Few topics have had a more profound impact on the study of Roman law in Britain than the lex Aquilia, a Roman statute enacted c. 287/286 BCE to reform the law on wrongful damage to property. Writing an article on this topic has become a proverbial rite of passage for nearly all British Romanists. A brief survey of modern Roman law literature demonstrates that British Romanists have made a substantial contribution to the study of this topic. The relevant titles in Justinian's compilation have been translated into English more than once and, judging by recent Festschriften for Alan Rodger and Boudewijn Sirks, the lex Aquilia continues to be studied in great depth by a number of British Romanists. And yet, the British fascination with the lex Aquilia is not immediately apparent to anyone outside these circles, nor has it been explored systematically.

The aim of this volume is to investigate the reasons for the peculiarly British fixation with wrongful damage to property in Roman law against the backdrop of the teaching of Roman law in Britain during the last century. This necessarily involves an investigation of certain broader themes. First, the significance of the lex Aquilia for the Oxford, Cambridge and Edinburgh legal curricula (as an ever-present topic in the advanced course in Roman law at all these universities) will be assessed. Within this theme, specific topics such as how the subject was taught, what materials were used and what impact the teaching of this topic had on subsequent generations of legal academics who studied at these universities (even if they did not proceed to further study and specialisation in Roman law – since the lex Aquilia clearly also had an impact on legal scholars working on modern tort/delict) will be investigated.

In second place, and related to the first (especially the issue of teaching materials), the impact of Frederick Henry Lawson's work on tort liability will be contextualised. This work, first published in 1950 and appearing in a number of subsequent editions, not only contained a thorough exposition of law in subsequent periods of European legal development, but undoubtedly also exercised a significant influence upon the teaching of wrongful damage to property in Roman law in the above-mentioned universities.