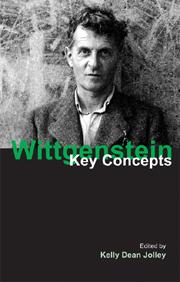 Family resemblance is one of Wittgenstein's best-known topics, although in all his philosophical work he spent relatively little time explicitly devoted to it alone. In this chapter, I shall give an overview of the treatment of family resemblance in the Philosophical Investigations. It will become clear almost immediately that Wittgenstein's concern is not, as it is often portrayed, with the classic metaphysical debate between realists and nominalists. Rather, he is discussing an aspect of our use of language. He is concerned to combat the accepted or perceived significance of the notion of “what makes language language” – or of the essence of language, one might say. The assumptions that there must be an essence of language, that the philosopher should endeavour to give an account of it, and that such an account is a necessary philosophical step are intimately related to targets of Wittgenstein's throughout the Investigations as a whole.

We should observe right from the beginning that Wittgenstein's discussion of family resemblance begins in §65, as opposed to §66. This is sometimes overlooked, and to do so is to pluck Wittgenstein's treatment out of the context in which he placed it. In a work as conversational in style as the Investigations, this can be a most dangerous interpretive strategy. What comes in §66 comes as an explanation of an idea broached in §65:

[S]omeone might object against me: “You take the easy way out! You talk about all sorts of language-games, but have nowhere said what the essence of a language-game, and hence of language, is: what is common to all these activities, and what makes them into language or parts of language. […]