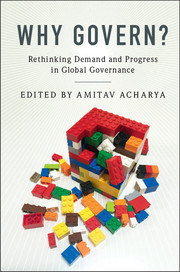 In May 2015, carbon dioxide (CO2) concentrations in the Earth's atmosphere surpassed 400 parts per million (ppm) – the highest levels in recorded history. Given the current average rate of increase (~2ppm/year), this puts us on track to reach 450 ppm—the equivalent of a 2 degree Celsius rise in global average surface temperatures over pre-industrial levels – by the middle of the twenty-first century. Climate scientists have long warned that exceeding 450 ppm of CO2 in the atmosphere would likely lead to dangerous anthropogenic interference with the Earth's core climatic systems, such as ocean currents and rainfall patterns. Changes to these systems are expected to have increasingly large impacts on human security through, for example, decreased agricultural production, extreme weather events, and unreliable freshwater supplies.

The largest anthropogenic sources of CO2 emissions are combustion of fossil fuels and deforestation – accounting for 65 percent and 11 percent of global CO2 emissions respectively. Those countries that began industrializing in the mid-1700s, such as the United States and European countries, have historically contributed most of these emissions, and remain among the largest per capita emitters. However, newly emerging economies are fast becoming major contributors as well. China surpassed the United States as the world's largest CO2 emitter in 2006, and India is expected to overtake Western Europe in emissions by 2019.

Curbing these emissions is very challenging, largely because climate change is fundamentally a collective action problem. We cannot avoid the global impacts of greenhouse gas emissions without coordinated and costly mitigation activities from all major emitters, and substantial funding for adaption to the unavoidable impacts of climate change in developing countries. Further, because emission reduction costs accrued anywhere yield benefits everywhere, there is a strong incentive to free-ride – mirroring a classic tragedy of the commons scenario. This problem structure provides a functional rationale for why global climate governance emerged within the United Nations (UN) system in the early 1990s.

Further complicating matters, climate politics is riddled with asymmetries. Those countries expected to face the largest impacts – such as many African countries and small island developing states (SIDS) – are also those with the least capacity to adapt to climate change, and have contributed least to the problem to begin with.