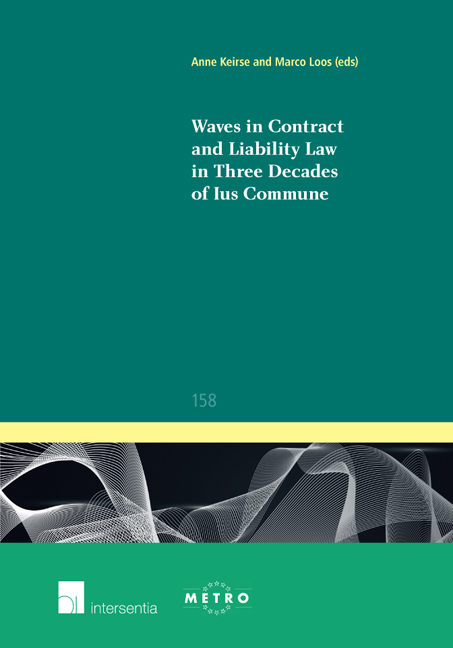 Concurrence of Claims in Damages and EU Law

The development of gradual harmonization and unification of private law by the European Union leads from selective, product-related directives to more comprehensive and directly effective regulations. For a long time, European law showed no tendency towards comprehensiveness and systematic responsibility for general private law. Adopting a maximum harmonization approach for directives and regulations developed to unify some areas of private law revealed that creating uniform legal framework conditions for private law transactions can only be achieved if a coherent, functioning private law system is available or created. It is clear that before going further some fundamental questions of private law have to be analysed and answered at the European level. Otherwise, the process of covering more areas of national private laws by uniform rules will stop.

In my opinion, one of the reasons for the current deadlock in harmonization of national laws by the EU is the still unsolved question of the approach that the Union sought to adopt towards the relationship of the contractual and tortious liabilities and claims arising out of them under national jurisdictions. The EU private law legislation concentrates very much on harmonizing and unifying contact law, but monetary payments made by the liable party in order to make up for any losses that result from the breach of contract may also be grounded on tort, especially on national product and services liability regimes.

The purpose of this paper is to highlight the importance for the European legislator of the existing concurrent liabilities in damages under national laws. I argue that the EU legislators (EU institutions and the Court of Justice of the European Union) should be more aware of the legal reality of free concurrence of claims available to the claimants under many jurisdictions. Otherwise, there will always be unwished side-effect of national implementations and concurrence of EU-based law with purely national remedies. Due to the complexity of the topic and different scopes of contractual and tortious regulations, an improper approach to the existing concurrence of liabilities leads to the failures in the process of harmonization of the private law in Europe.