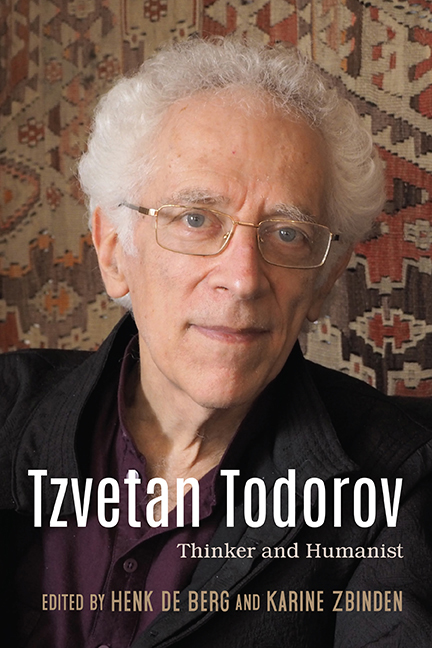 IN 2006, ETIENNE BALIBAR made a plea for a specifically European “space for cooperation and negotiation”: “Such a space is by definition heterogeneous: it is multicultural, multiconfessional, politically diverse and torn between conflicting economic and demographic interests. It does not provide a guarantee of peace. But it does provide the only antidote imaginable to the logic of the current situation, and the only thing that can force fundamentalism, post-colonial racism, anti-Semitism and Islamophobia into retreat.” That vision of the European Union as a political space where tolerance is allied with defense of political diversity is under severe threat at present. Yet it chimes with an older tradition of European ideals that we ought to associate with the thinking and advocacy of Tzvetan Todorov, for whom European identity was tied up with the story of liberal humanism and its enemies in the twentieth century. His thinking about European identity approaches what one might call the radical Levinasian potential of the European Union from the unlikely perspective of liberal humanism.

In his article “European Identity,” published in 2008, Todorov defends the idea of a radically tolerant Europe and takes as his startingpoint concepts of Europeanness associated with Paul Valéry's “Europe of the spirit” with its three sources:

From Rome comes the empire, with the organized power of a state, law and political institutions, and citizenship. From Jerusalem, or rather from Christianity, Europeans inherited subjective morality, self-examination, and universal justice. Finally, Athens gave Europe the love of knowledge and of rational argumentation, the ideal of harmony, and the idea of humans as the measure of all things. Valéry concluded that whoever claimed this threefold heritage could justly be considered as European.

Obviously, this vision of Europe is not without its problems, as Todorov shows. First, there is the problem implicit in the phrase “whoever claimed this threefold heritage …”—the idea of Europe as a matter of primogeniture, the right to property rights defined by the power to make first claims. Second, the vision risks whitewashing the extra-European origins of many of the ideas involved (note the unsteady elision of “from Jerusalem, or rather from Christianity”), while also blanking out the complexities inherent in the manifold ways the three traditions merge.