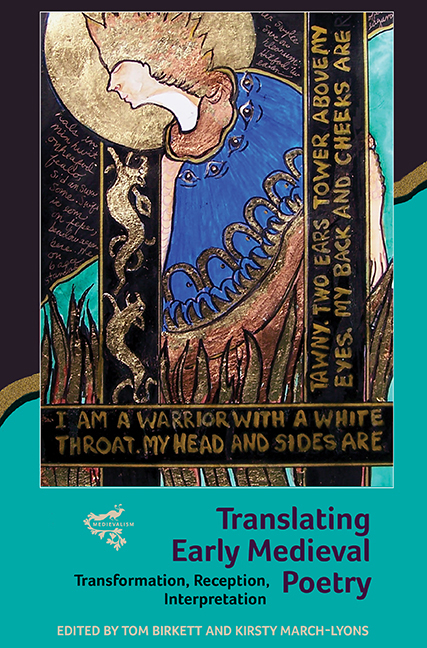 THROUGHOUT HIS LIFE, Jorge Luis Borges (1899–1986) referred to Old English and Old Norse as his hobby, his delight, even his passion. In interviews about the inspiration for his poetry and short stories he invariably brought up this interest, gave specific examples of etymologies or intriguing details, and offered some comments on the importance of understanding and loving this material. In talks he quoted from Old English texts in the original language, and offered his own comments about the sound of the language; intriguingly, he found it replete with vowels and vocalic sounds, and a language with a rich sonority to it. He even included direct references to Old English in the metafictional short stories he wrote, describing himself in ‘El Otro’ (‘The Other’) as someone who studies Old English and is not at the bottom of the class. Borges also wrote about the major literary texts of northern Europe, paraphrasing and at times translating sections of Beowulf, the Nibelungenlied and Vǫlsunga saga into Spanish. This work was at the heart of his own thinking, reflected in both content and approach in his own texts. Moreover, Borges was a translator himself, at various points in his life offering his own versions of Old English poems, and near the end of his life working with his last assistant and later wife, María Kodama, on a more ambitious project to translate the Old Norse Gylfaginning into that language. That translation, published with Alianza Editorial (a prestigious Spanish press in Madrid) and entitled La alucinacion de Gylfi (The Dream of Gylfi) came out in 1984 and really was the last major project he accomplished before his death in June 1986. Also in collaboration with María Kodama was a small anthology entitled Breve antologia anglosajona (Short Old English Anthology) dated 1978 and appearing as a pamphlet in Buenos Aires and in Borges’ Obras Completas at more or less the same time. This was also among the writer's last projects, for Borges slowed down considerably in his eighties. Borges, then, this subtle and highly intellectual thinker, this citizen of the world, was also an enthusiast for Old English, but an enthusiast with a scholarly bent.