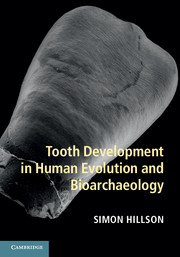 8 - Health, stress and evolution: case studies in bioarchaeology and palaeoanthropology

The second main question posed in Chapter 1 asked about the impact on human health of the major social and biological transitions for which there is evidence from the fossil and archaeological record. The discussion in Chapter 7 has shown how sequences of hypoplastic defects of enamel may relate to disturbances during development and they are widely seen as one of the best indicators of health during childhood. One of the key theoretical approaches in bioarchaeology has been to interpret them as markers of physiological stress, following the ideas of Hans Selye. Health and stress are, however, complex topics which require some initial discussion before moving on to case studies which illustrate the methodological and theoretical issues.

Measuring health is difficult, even for living populations. What is health? According to the official definition of the WHO (World Health Organization, 2010), it is a state of complete physical, mental and social well-being, much more than just the absence of disease. As suggested in an important paper by Boorse (1977), different stakeholders in the concept of health define it in different ways. We value our own health, but individual people have their own measures of healthiness. Pain and discomfort are variably perceived as the same condition may be excruciating for some and pass unnoticed by others. A doctor might define health as an absence of diseases that they can diagnose and treat, or of conditions that lead to an impairment of normal bodily functions. Evolutionary biologists could see disease as evidence of maladaptation to the environment and health as evidence of Darwinian fitness. Physiologists might see health as a state in which the bodily functions are in equilibrium and disease as the state in which they are not. Everyone views the concept through the lens of their own particular concerns.