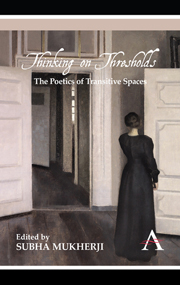 13 - Thresholds in Improvisation: Freedom, the Eternal Present, and the Death of Jazz

they live forever who live in the present

There are several elements present in improvised music which seem to distinguish it from music of other kinds. The inherent process of becoming, the unrealised nature of the music, its ephemerality and air of revelation, the lack of any document outside of the instant in which it happens: all these point towards the way in which the act of improvising and the result are inextricably tangled. There is no separation of the act of performing from the music performed – there is only the process. Successful improvisation involves a continual hovering in the doorway, a pointing at a landscape, a set of possibilities, rather than the representation of the landscape that is the through-composed work. The fragility of that extended moment is the substance of such music: it is by definition poised on the threshold of realisation.

This essay will be particularly concerned with why it is that the recording process seems so inadequate a representation of an improvised performance – why so little of the experience, both from performers' and audience's point of view, seems to survive the transfer to tape or disc. Indeed, if recording is found lacking in this respect, to treat it as the necessary and sufficient documentation may be damaging to the development and survival of the music itself. This, in turn, would go some way towards explaining the intuitive sense that jazz, that most thoroughly documented of improvised musical forms, is somehow worked through, exhausted – a completed art form.