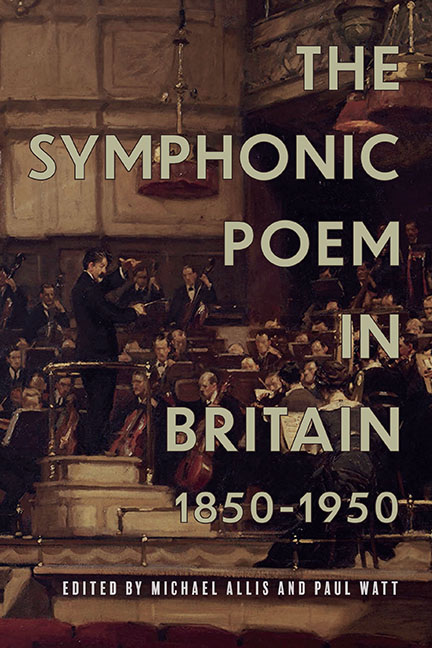 6 - ‘A Curious Intricate Work of the Modern, but not the Ultramodern, School’: William Wallace’s Villon

Prince of sweet songs made out of tears and fire,

A harlot was thy nurse, a God thy sire;

But from thy feet now death has washed the mire,

Love reads out first the head of all our quire,

[Swinburne, ‘A Ballad of François Villon, Prince of all Ballad-Makers’, ll.31–6]

OF the many British symphonic poems exploring distinctive musical refigurings of literary texts, one of the most striking is Villon – composed in 1909 by the Scottish composer William Francis Stuart Wallace (1860–1940), and based primarily on Le Testament by the fifteenth-century French poet François Villon (c.1431–c.1463). Premièred by the New Symphony Orchestra on 10 March 1909 with Wallace as conductor, a flurry of pre-war performances of Villon followed: the work was revisited by the New Symphony Orchestra on 9 June and conducted by Stanford at the Royal College of Music on 23 July; it was included at a Philharmonic Society concert on 10 February 1910, at the 1910 Leeds Festival on 13 October, at the International Musical Congress and the Festival of Empire concert on 1 and 20 June 1911 respectively, in Promenade Concerts conducted by Henry Wood on 17 October 1911 and 17 September 1912, and was programmed in Liverpool on 21 November 1911, Bournemouth on 18 January 1912, in 1913 at a Hallé concert in Manchester on 9 January and as part of an Edward Mason Choir Concert in London on 27 February; a further performance was given at a Royal Philharmonic Society concert at the Queen's Hall on 28 January 1918. Walter Damrosch's advocacy of Villon also led to performances in New York on 28 and 31 October 1910 and 1 March 1912. This early momentum was matched by positive reviews; Filson Young paired Villon confidently with Elgar's First Symphony as ‘one of the most important compositions of the past two years’, and there were encouraging comments in the New York Times:

‘Villon’ is a work of true imagination and full of apt characterization in tone – characterization that expresses more than external aspects, the tags that can be affixed to obviously suggestive themes; that interprets phases of emotion deeply felt and voices as well much of the reckless dare-deviltry of the delectable French balladist of the fifteenth century …