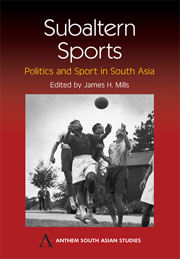 1 - ‘Kalarippayattu is Eighty Percent Mental and Only the Remainder is Physical’: Power, Agency and Self in a South Asian Martial Art

In the well-known Bhagavad Gita section of India's Mahabharata epic, Krishna elaborates a view of duty and action intended to convince Arjuna that, as a member of the warrior caste (ksatriya), he must overcome all his doubts and take up arms, even against his relatives. As anyone familiar with either the Mahabharata or India's second great epic, the Ramayana, knows martial techniques have existed on the South Asian subcontinent since antiquity. Both epics are filled with scenes describing how the princely heroes obtain and use their humanly or divinely acquired skills and powers to defeat their enemies: by training in martial techniques under the tutelage of great gurus like the brahmin master Drona, by practicing austerities and meditation techniques which give the martial master access to subtle powers to be used in combat, and/or by receiving a gift or a boon of divine, magical powers from a god. On the one hand, there is Bhima who depends on his brute strength to crush his foes, while on the other, we find the ‘unsurpassable’ Arjuna making use of his more subtle accomplishments in single point focus or his powers acquired through meditation.

Among practitioners and teachers of kalarippayattu, the martial art of Kerala on the southwestern coast of India, some, like Higgins Masters of the P.B. Kalari in Trissur, model their practice on Bhima, emphasizing kalarippayattu's practical empty hand techniques of attack, defence, locks and throws.