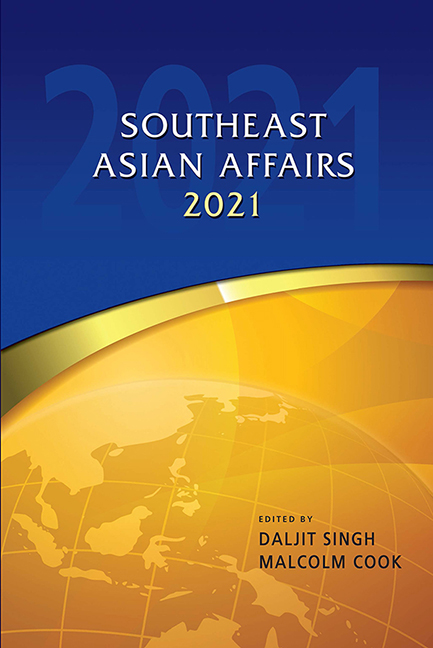 The year 2020 was not a good one for Southeast Asia. The international trade environment continued to deteriorate as a more inward-looking America sought to protect its domestic industry from foreign competition. Deborah Elms in her chapter in this volume explains how the penchant of the Trump administration for using tariffs (notably against China) as a protectionist policy tool undermined an already “creaking” global trading system. Southeast Asian states, particularly the more export-dependent ones, had already been affected by these trends for more than a year. The arrival of the COVID-19 pandemic in early 2020 was a new shock that severely disrupted public health and economic well-being.

To be sure, the effects of these disruptions were uneven. In terms of public health, Indonesia and the Philippines were the most severely affected by the pandemic, while the mainland Southeast Asian countries, apart from Myanmar, were much less so. The degree of state effectiveness and preparedness to mount decisive early action to contain the spread of the virus largely accounted for the differences. Even so, the lockdowns and closing of borders damaged the economies of all, particularly those most dependent on foreign trade and tourism. Towards the end of the year there were hopes of a better 2021 as vaccines against the virus were developed, but much uncertainty remained about timely vaccine availability, the logistics for and pace of vaccinations, and the prospects for economic recovery.

In the midst of the pandemic, Thailand and Malaysia had to cope with difficult domestic politics that absorbed the energy and attention of their leaders. The revival of large student demonstrations in Thailand against the military-backed government put new pressure on the pillars of the traditional bureaucratic-military ruling elite, generating uncertainty about political stability for the near future. In Malaysia the political flux arising from the defeat of the Barisan Nasional coalition in the 2018 elections continued as no single party commanded sufficient support in Parliament to emerge with a strong mandate. There was little prospect of the early amelioration of political unsteadiness in Thailand or Malaysia. Myanmar and Singapore held elections amidst the pandemic. The incumbent ruling parties won the elections handsomely, though in Myanmar this was against the backdrop of a troubling deterioration in relations between the ruling National League for Democracy and the country's powerful military.