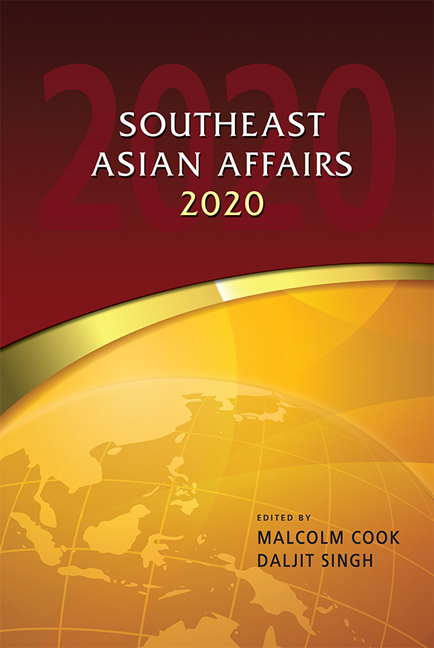 Singapore in 2019: In Holding Pattern

Frequent travellers flying to Changi Airport may occasionally find their aircraft caught in a holding pattern, as their flight circles the airport while waiting for clearance to land. Singapore in 2019 appears to be in a similar holding pattern as the country awaits an election that is coming sooner rather than later. Although the current parliamentary term only expires in April 2021, the Election Department's announcement on 4 September 2019 about the formation of the Electoral Boundaries Review Committee (EBRC) was the first—and clearest—sign of an impending election. Convened by the prime minister prior to every general election, the EBRC is tasked with determining the number of parliamentary seats and delineating the electoral map of constituencies, taking into account demographic changes and shifts in the residential housing populations. The committee of five senior civil servants was also instructed to increase the number of single-member wards while reducing the average size of Group Representation Constituencies (GRCs). In the past, the committee has taken between three weeks and seven months to issue its report to the prime minister, who would then generally call for an election soon after. This time, however, the committee was reported to be still in the midst of deliberations as of early January 2020, suggesting that the next election will only be likely to be called in the second quarter of 2020 or later, after the conclusion of the Budget and Committee of Supply debates in February 2020.

The PAP Continues Apace with Its Leadership Transition

As part of its preparations for the elections, the ruling People's Action Party (PAP) has taken steps to consolidate its fourth-generation (4G) leadership as Prime Minister Lee Hsien Loong moves ahead with his plans to step down after the next election. After being appointed as the PAP's first assistant secretarygeneral in November 2018, Finance Minister Heng Swee Keat was elevated to deputy prime minister in April 2019, in a further affirmation to the public and the international community of his status as heir apparent. In order to facilitate this leadership renewal, the two incumbent deputy prime ministers—Teo Chee Hean and Tharman Shanmugaratnam—relinquished their positions and were appointed as senior ministers, while retaining their roles as coordinating minister for national security and coordinating minister for social policies, respectively.