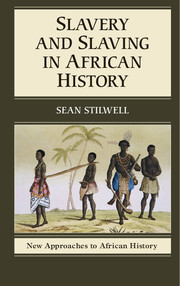 The struggles that slaves and the descendants of slaves continue to face in parts of contemporary Africa should serve as a reminder of just how common those struggles were in the African past. This book has examined different societies across what was – and is – a large and diverse continent. There were multiple African slaveries; indeed, I have repeatedly emphasized that forms of exploitation varied and that the opportunities for integration differed. But exploitation was always at the center of slavery. Masters and slaves repeatedly struggled – and sometimes came to negotiated agreements – about the way(s) slavery operated. More broadly, the consolidation of slavery was ultimately tied to specific political and economic strategies pursued by Africans. Attaching outsiders via slavery gave African slave owners access to the exploitable political, reproductive, social, and/or economic labor of slave dependents. How they were attached was dependent on the social structures of the societies using the slaves. At key moments in the African past, then, insiders built new forms of power, innovative states, or more productive economies by using outsiders as slaves. That is, some Africans used slavery to access and control fully exploitable dependents outside the normal ways (i.e., birth, marriage) dependents were acquired. This proved to be a huge advantage in local political struggles over belonging, power, and resources. As high-density slavery coalesced in parts of the continent, the integrative ideal sometimes present in low-density settings was transformed. Although emancipation and amelioration were always possible, the more commercialized and central the institution of slavery became, the more masters resisted the requests of slaves for protection, their claims to belong, and their desire for autonomy from slavery.