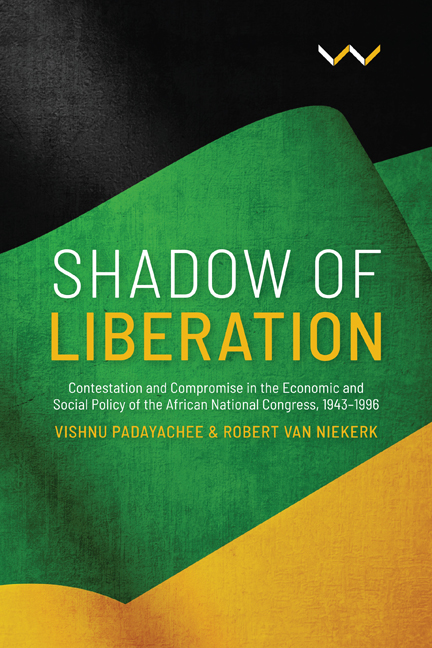 Shadow of Liberation
Contestation and Compromise in the Economic and Social Policy of the African National Congress, 1943–1996

The period between 1939 and 1945 was a significant one for the development of inclusive social policies that created the possibility of a social democratic option for a post-war, post-segregation South Africa. The war against fascism led to many white workers enlisting in the army. This meant that the United Party government under Jan Smuts was forced to depend on black economic and political support for the Allied war effort, of which South Africa was a part. The need to maintain ‘industrial peace’ in Smuts’ phrase (Hansard, vol. 43, 1942, col. 5) and fearing Japanese invasion after the collapse of Singapore in February 1942, the United Party established a series of commissions on a post-war ‘people's charter’. This included examination of the social needs of urban Africans, who were the bedrock of industrial growth and thus the war effort. These social policy reviews in health, education and welfare represented the most extensive examination of the effects of poverty and lack of social service provision in South African history, only surpassed by the democratic government of Nelson Mandela in 1994. The reviews identified the need for direct government intervention to overcome the failure of the policy of segregation to stem the tide of black urbanisation in the 1940s, and to ameliorate the health and welfare conditions of Africans in the urban areas. They also showed that the system of capitalism neglected to remunerate African workers at a level adequate to sustain their livelihood in urban areas.

A number of detailed social development proposals consistent with a broadly social democratic impetus emerged between 1940 and 1944. They recommended a national health service under state control; the extension of state housing and welfare provision for Africans; the eradication of the pass laws, which forcibly controlled the movement of Africans; the extension of social security into a national system incorporating urban Africans; central government control of African education; and specific measures around the extension of milk provision and feeding schemes for Africans. The political circumstances of the war against fascism induced this search on the part of the Smuts government for more inclusive social policies that could relieve the poverty of urban Africans, and was led by liberal reformers in the government.