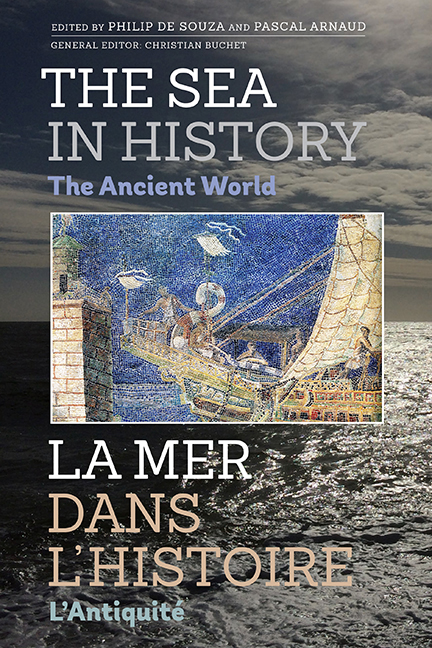 By offering the possibility of an entire volume dedicated to the role of the sea in Antiquity – encompassing all geographical regions and cultures – Océanides is giving the scientific community and the public at large heretofore unavailable access to maritime studies. But this volume is also more than that. It defines a subject of study which is in itself quite remarkable. Certainly no one will be surprised to see the Greeks and Phoenicians appear in a maritime history in which these two political and cultural worlds have long been seen as central actors. On the other hand, putting them side by side not only with Rome, India and China, but also with barbarians and worlds that would not come into contact with each other for many centuries is clearly an innovation. Authors and readers alike are invited to challenge the received wisdom and to take a new look at the role of the seas and their inland extensions, through rivers and lakes, in the development of peoples, their cultures and economies and the relationships linking different populations. This perspective resembles that of the Greek Stoic Strabo who, writing in Rome at the beginning of the Empire, saw maritime exchange as the key to progress at a time when the uneven pace of development brought the Graeco-Roman world into contact with a barbarian world seen as underdeveloped and outside the inhabitable world.

Antiquity is the longest period of history: by beginning ‘history’ with firstdynasty Egypt, c. 3150 BC, setting aside the pre-dynastic period, and with Antiquity lasting until the Arab invasion, the period covers more than 4,000 years. This period also witnessed the most spectacular evolutions, from the dawn of pre-history to more recent developmental modes, closer to those of the modern period than to those of the pre-history from which Antiquity emerged. It is thus an ideal context in which to study the role of the sea in the development of societies.