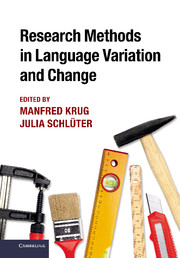 It is becoming increasingly accepted that speakers have richer knowledge of linguistic constructions than the knowledge captured by their categorical judgments of grammaticality. Speakers have reactions to linguistic expressions that are more fine-grained than can be captured by a categorical yes – no response or even by a system allowing responses like good, ?, ??, * and ** (Bard, Robertson and Sorace 1996; Bresnan 2007; Bresnan et al. 2007; Featherston 2007a; Gilquin and Gries 2009; Bresnan and Ford 2010; see Hoffmann, Chapter 5, this volume). Moreover, expressions that linguists have sometimes categorized as ‘ungrammatical’ have been found to be accepted by people (Wasow and Arnold 2005; Bresnan 2007) or found to be used by speakers and to sound good compared to the examples contrived by linguists (Stefanowitsch 2007; Bresnan and Nikitina 2009). Many researchers today thus see the need for placing less emphasis on linguists’ judgments of grammaticality and more emphasis on usage and experimental data, procedures that would be in line with Labov’s (1975) call for the use of convergent evidence and a recognition of the inconsistency of intuitions about constructed examples typically used by linguists (see Rosenbach, Chapter 15, this volume).

When judgments along a broad continuum of acceptability are acknowledged, rather than being denied, ignored, or underestimated, a potentially rich set of data about people’s knowledge of language becomes available. Moreover, researchers are not forced to make distinctions that have no firm basis. Clearly, though, embracing people’s fine-grained judgments about language requires new paradigms for collecting and analysing data. This chapter considers some of the methodological issues raised by a move away from a reliance on using categorical judgments to investigate linguistic knowledge. It will focus on one concrete case study, the dative alternation, using Australian and US participants. Speakers may produce a dative expression as a double object, as in showed the woman the ticket, with the recipient (the woman) preceding the theme (the ticket), or as a prepositional dative, as in showed the ticket to the woman, with the theme now preceding the recipient. Careful analysis of the occurrence of the two types of datives, judgments about datives, people’s processing of datives, and people’s choices in the production of datives, given a context, allows for a rich understanding of the basis for the choice of dative structure.