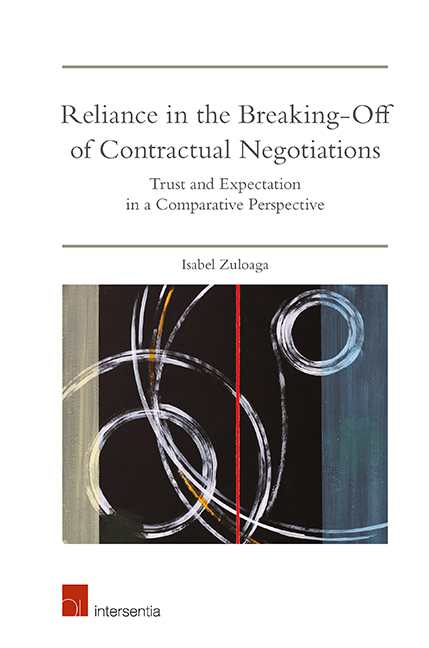 According to the theory of culpa in contrahendo, from the moment that negotiating parties enter into contractual negotiations, a special relationship (Sonderrechtsverhältnis) arises between them by virtue of the law, which imposes on both parties duties of protection and loyalty (Schutzpflichten). The culpable violation of these duties may give rise to liability for culpa in contrahendo which is governed by the rules of contractual liability (§ § 276ff BGB). In the current German legal scholarship, the notion of precontractual liability imposed by law is rationalised as a reliance-based ‘relationship of obligation’ imposed by law (gesetzliches Schuldverhältnis). The reliance basis of the doctrine of precontractual liability has also been recognised by the courts. For instance, the Bundesgerichtshof has stated that this doctrine is ultimately based upon ‘reliance that does not materialize’ (enttäuschtes Vertrauen). The idea underlying the judgments that refer to culpa in contrahendoliability, in its different groups of cases, is that of a general duty to answer for the disappointed trust (enttäuschtes Vertrauen) of others in the valid conclusion of a contract. Indeed, in cases of liability for breaking off negotiations there is an expectation as to the future conclusion of a contract that has been disappointed. Some authors have gone as far as to conceive culpa in contrahendo as a possible ground of ‘reliance liability’ (Vertrauenshaftung) which would be a ‘third way’ (dritte Spur) between contract and delict.

Although the principles of culpa in contrahendo were codified in 2001 (‘the 2001 reform’) and, consequently, precontractual liability now has a statutory basis in German law (§ § 241(2), 280(1), 311(2)(3) BGB), these paragraphs must be interpreted in relation to the case law which preceded the 2001 reform as, with the codification of these provisions, the legislator intended neither to change the rules of cic that had been previously developed by the courts nor to impede their further development by future case law. These paragraphs state:

§ 311: Obligations created by legal transaction and similar obligations (2) An obligation with duties in accordance with § 241(2) also arises as a result of 1. entry into contractual negotiations, 2.